Lucknow - In The Land Of Nawabs 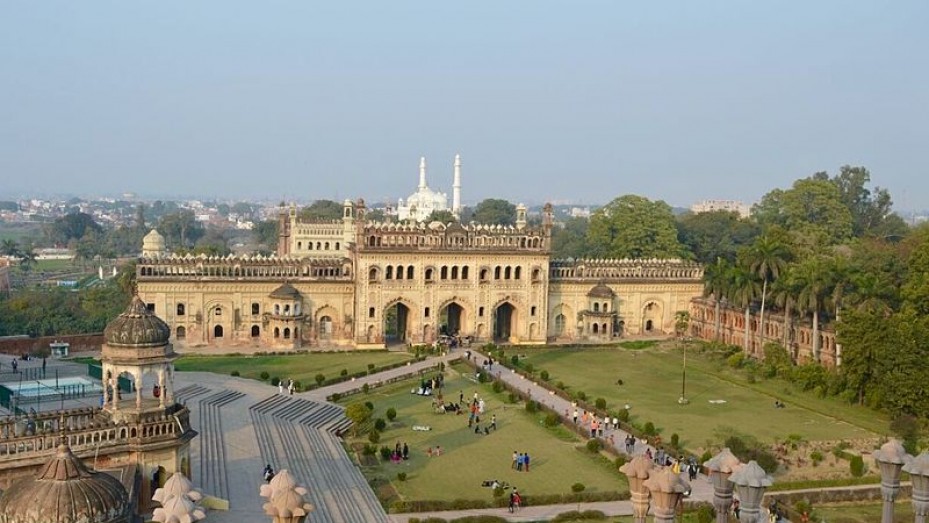 Popularly known as the city of Nawabs, Lucknow, the capital of the state of Uttar Pradesh, is situated on the banks of the river Gomti. The city’s history dates back to the time of the Suryavanshi dynasty. Founded by Nawab Asaf-ud-Daula, Lucknow served as the capital of the nawabs of Awadh. Indeed, it is the period of the Nawabs that gave the city its courteous culture not to forget its sumptuous cuisine which is as famous today as it was during that era.

Even after witnessing unprecedented growth and modernisation, Lucknow manages to retain its old-world charm and glory. Walk through the streets or interact with the locals and you will be taken in by the Lucknowi tehzeeb. The hawelis have given way to apartments to accommodate the burgeoning population, yet the warmth and hospitality remains infectious.

The era of the nawabs bestowed to Lucknow more than just its fine mannerisms and mouth-watering cuisine. The period witnessed a flourish in literature, music, dance and arts and crafts. Indeed, it was in the streets of this city that the musical instruments, sitar and tabla and dance forms, such as kathak were born. Over time, Awadh fell to the British and you can still see the remnants of the Imperial rule reflected in some of its buildings and monuments.

Lucknow is the birthplace of Urdu, Hindustani and Hindi languages and has contributed immensely to Indian poetry and literature. The city also boasts some of the best craftsmen in the country and its famous chikankari work finds pride of place in wardrobes of both men and women.

No description of Lucknow can be complete without extolling the virtues of its sumptuous cuisine. While there, you may wish to try out the legendary Mughal delicacies, such as tikkas and kebabs.

Tourist Places In And Around Lucknow

There is much that you can see and do in Lucknow. By far, the most famous attraction in the city is the Bara Imambara and Bhool Bhulaiya, a large and impressive tomb complex and an interesting labyrinth built in 1783. The entry ticket for the monument is also valid for the Chhota Imambara, the Husainabad Clock Tower and picture gallery. Also visit the Ruins of the Lucknow Residency and 1857 Memorial Museum in a Raj era compound, which was the scene of the 1857 First Battle for Independence. While the bloody history is immortalised here, The Residency today serves as a breezy haven to escape the heat, dust and sounds of the city.

Lucknow has its share of greens. The Lucknow Zoo, botanical gardens and Buddha Park, Kukrail Forest Reserve and Sikander Bagh also provide the much-needed solace if you are overwhelmed by the city.

Lucknow also has several impressive monuments and buildings that stand testimony to the magnificent Awadh architecture. Visit Kaiserbagh Palace, Taluqdar Hall, Shah Najaf Imambara, Begum Hazrat Mahal Park and Rumi Darwaza, the gateway to Lucknow city and one of the most impressive architectural structures in India. A must mention is the Jama Masjid, built in the year 1423 by Sultan Ahmed Shah. Built entirely with yellow sandstone, it is known for its intricate style of design and architecture and is considered to be one of the most beautiful mosques of India.

Then there are other attractions, such as Main Ghat and Dahas Ghat, a landmass near the beautiful Dahas Lake which is often used as a campsite by the tourists.

How To Reach Lucknow

Lucknow can be reached by air, rail & road.

The ideal time to visit Lucknow is between October and March.

Lucknow is Famous for

How to Reach Lucknow