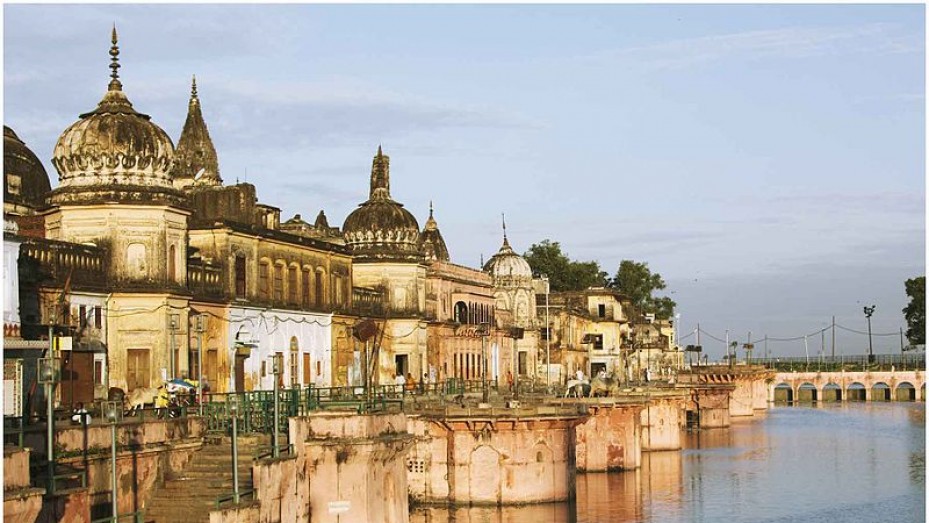 Located on the banks of the Sarayu river, Ayodhya is a popular pilgrimage centre for the Hindus. The town is closely associated with Lord Rama, who is believed to be the seventh incarnation of Lord Vishnu. According to the epic Ramayana, the ancient city of Ayodhya was the capital of the Surya dynasty in which Lord Rama was born. The story of Ramayana revolves around prince Rama, his exile to the forest for 14 years and consequently his return, which, even to this day, is celebrated as Diwali.

Its Hinduism roots apart, Ayodhya also has remnants of Buddhism, Jainism and Islamic history. It is believed that five of the Jain Tirthankaras were born in Ayodhya including the first Jain Tirthankar, Rishabhdev.

There are also some less palatable aspects to Ayodhya tourism. In 1527, Mughal emperor constructed the Babri Masjid at a place which was considered to be the birthplace of Lord Rama. History caught up with the present, when the mosque was destroyed by demonstrators in 1992, leading to several acts of terrorism and communal violence.

Tourist Places In And Around Ayodhya

Ayodhya is one of the most sacred pilgrimage towns for the Hindus. Ayodhya tourism has lots to offer the spiritual minds. Some of the noteworthy temples include Nageshwarnath Temple, said to be built by Rama’s son, Kush, and Chakra Harji Vishnu Temple. The Tulsi Smarak Bhawan has been built by the Government of India in the memory of Tulsidas who rewrote the Ramayana. Ram Janmabhoomi is where the Babri Masjid was destroyed in 1992.

The Kanak Bhawan houses images of Ram and Sita wearing golden crowns. Then there is the Hanuman Garhi, a massive structure shaped like a four-sided fort with circular bastions at each corner. The Dasrath Bhavan is associated with King Dasrath, father of Lord Rama. Treta Ke Thakur is the location where Lord Rama is said to have carried out the Ashwamedha Yagna.

Sita Ki Rasoi is located near the Ram Janmabhoomi Temple. It is believed that, it is here that Sita cooked the first meal after her marriage to Rama. Also visit Ram Ki Paidi, the bathing ghats along the river Sarayu. Then there is the Mani Parbat which was initially a Buddhist vihara but later became a Hindu temple. From here, you can enjoy fabulous views of the city.

The best time to visit is from November to March. The weather gets hot and dry during the rest of the year. However, given that Ayodhya is a popular pilgrim destination, the town attracts pilgrims throughout the year.

How To Reach Ayodhya

Ayodhya is well connected via air, road and train.

Ayodhya is Famous for

How to Reach Ayodhya