Bithoor - Where The Epic Ramayana Was Penned 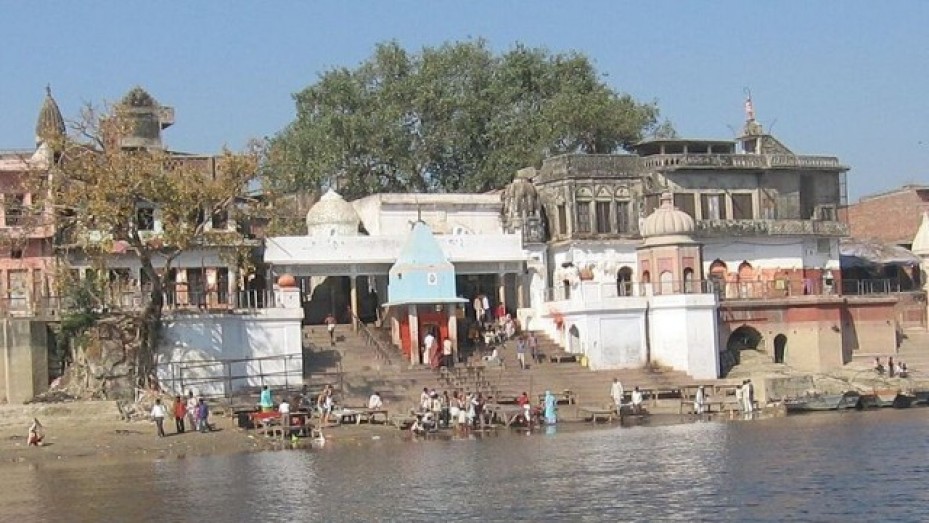 Located about 22 km from Kanpur, lies the scenic and beautiful town of Bithoor on the banks of the river Ganges. Far from the madding crowd of Kanpur, Bithoor provides the much needed solace to rejuvenate and relax. Bithoor is a major pilgrimage centre for the Hindus and also enjoys great historical significance.

The town dates back to the ancient times and finds mention in several legends and fables. One of the legends has it that after Lord Vishnu destroyed and reconstructed the galaxy, Bithoor was chosen by Lord Brahma as his abode. It was here that he created the first mankind and also completed the Ashwamedhyajna.

It is because of these events that the place came to be known as Brahmavarta from which the name Bithoor was derived. Later, Bithoor flourished under emperor Uttanpad whose son Dhruv performed penance to appease Lord Brahma.

Bithoor is also closely associated with the tale of Ramayana, and it is believed that Lord Rama left Sita here for her tragic life in exile. In fact, it is here that Rishi Valmiki sat and wrote the timeless epic Ramayana.

Bithoor is also believed to be the place where Sita gave birth to her twins Lav and Kush, and it was here they spent their childhood under the guidance of saint Valmiki. The twins were, in fact, initiated to the techniques of war and politics. Finally, it was here that they were reunited with their father. It is because of all these reasons that Bithoor is also known as Ramale.

Bithoor In The Modern Era

Back to the modern era, Bithoor was the birthplace of several historical figures and freedom fighters such as Rani Laxmi Bai, who later came to be known as Jhansi ki Rani, and Saheb Peshwa who also played a key role in India’s struggle for independence. Both these figures embodied patriotism and valour and are remembered with respect to this day. It was in Bithoor they spent their early years and mastered the techniques of warfare, which they put to use in the Great Mutiny of 1857.

Tourist Places In And Around Bithoor

A visit to Bithoor is not just about a trip down history lane – the town is a beautiful, scenic spot where you can enjoy the various aspects of nature’s beauty such as enjoying tranquil strolls among the religious temples or taking a relaxing boat ride along the river. Some of the prominent attractions include the Valmiki Ashram where the legendary epic Ramayana was written by the great sage.

Then there is the Brahmghat, the holiest ghat in Bithoor which attracts worshippers throughout the year. Patthar Ghat is another holy place in Bithoor, whose foundation stone was laid by the minister of Avadh, Tikait Rai. The Dhruva Teela is the famed place where Dhruv had meditated on one leg during his childhood.

Apart from these, there are other sites that are well worth a mention and these include Jahangir Mosque, Haridham Ashram, Ram Janki temple, Lav-Kush temple and Nana Saheb Smarak.

As said, Bithoor is a major pilgrimage site for the Hindus and several fairs and festivals are also held here such as Kartik Poornima, Magh Poornima and Makar Sankranti mela. Thousands of people congregate here on these special days to take a purifying dip in the Ganga.

November to April is the ideal time to visit Bithoor.

How To Reach Bithoor

Bithoor is accessible via air, train and road.

Bithoor is Famous for

How to Reach Bithoor