Jhansi - The Land Of The Brave Queen 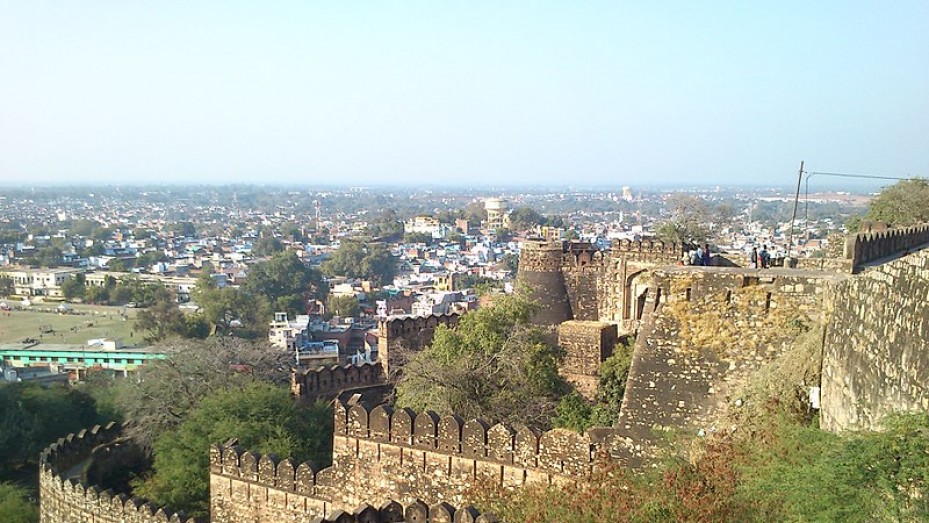 Jhansi is considered to be the gateway of the Bundelkhand region of Uttar Pradesh. It rose to glory during the rule of Chandelas but lost some of its sheen after the decline of their empire somewhere in the 11th century. It once again rose to prominence during the reign of Raja Bir Singh Deo in the 17th century – the raja was considered to be close to Mughal Emperor Jehangir.

Jhansi’s main claim to fame is its fiery queen Rani Laxmibai, who led the forces against the British in the first battle for independence in 1857. She was married to Raja Gangadhar of Jhansi but never bore him any children, a fact that was exploited by the British who wanted to force her into retirement but she retaliated in 1857 by trying to seize the Jhansi Fort.

In the battle that ensued, she was able to escape with her adopted son and was on her way to join the army at Gwalior when she met her death. She is widely regarded as the Joan of Arc of India. History apart, Jhansi is now also famous for the Jhansi Festival, which is held every year in February-March.

Tourist Places In And Around Jhansi

Most of the attractions found in Jhansi are historical in nature. The main draw is the magnificent Fort of Jhansi which was the venue of the battle between Rani Laxmibai and the British forces. You can also visit Parichha which is a scenic dam, and also a name of a colony in the district which is famous for its temple, mosque and a Buddhist monastery.

A trip to Jhansi Museum presents you an insight into the region’s glorious past. As the name suggests, Rani Mahal was the palace of rani Laxmibai, and it is here that several personalities associated with Indian freedom movement would meet with the queen.

Also, see the Barua Sagar Lake situated on the banks of the Betwa river. Located nearby is Chirgoan which was the Birthplace of the famous poet, Maithili Sharan Gupta. Orchha is famous for its fort while St. Jude’s Shrine, situated on Civil Lines in Jhansi, is also a popular tourist destination for the Catholic Christians.

While in Jhansi you can also visit other attractions including Maharaja Gangadhar Rao ki Chhatri, Ganesh Mandir and Maha Lakshmi Temple. The recently introduced Jhansi Mahotsav gives you the opportunity to enjoy the arts and crafts of the region.

How To Reach Jhansi

Jhansi can be reached by road, rail and air with the nearest airport being Gwalior.

November to March happens to be the best time to visit Jhansi.

Jhansi is Famous for

How to Reach Jhansi