Gwalior - A City Of Heritage 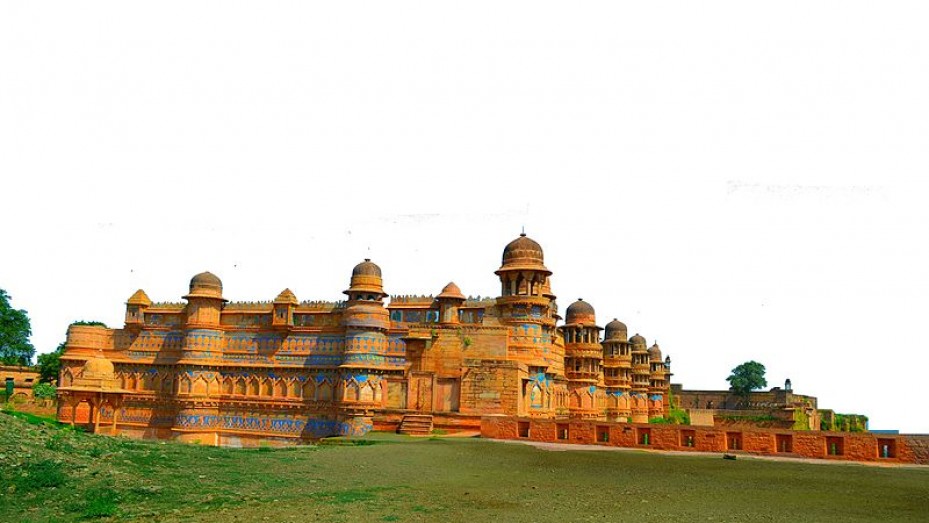 Gwalior, located 122 km south of Agra, is the tourist capital of Madhya Pradesh. It is the fourth largest city in the state of Madhya Pradesh. It is a historic city famous for its temples, ancient palaces and enchanting monuments which will take any traveller to a bygone era of glory. Gwalior has been called ‘as a pearl in the necklace of the forts of Hind’.

This place is famous for the Gwalior Fort which was the administrative centre of many famous North Indian dynasties.

Gwalior is the place where history meets modernity. It can plunge you into history through its historic monuments, forts and museums and at the same time it is a growing industrial city. Gwalior has a unique position in the history of modern India.

The Story Of Gwalior

Gwalior city is said to be founded by King Suraj Sen of 8th century AD. He named the city after a sage named ‘Gwalipa’ who had cured the king of leprosy. Gwalior has a written history from 6th century onwards. It was ruled by Hunas during the 6th century. Later it went to the hands of Gujjar Prariharas of Kannauj who ruled it until 923 AD and then to kachwaha Rajputs until 10th century.

In 1196, Qutb-ud-din Aybak of Delhi Sultanate conquered the city, and he was followed by Shamsud-din Altamsh who ruled until 1232. Mugals also ruled Gwalior. By 1553 Vikramaditya conquered Gwalior who later conquered the most of North India by defeating Akbar’s army in 1556. In the 18th and 19th centuries, Scindia a Maratha clan ruled Gwalior in collaboration with the British.

By 1780 the British took control over the city. It is the place where in the first Indian rebellion of 1857 against the British, Jhansi Ki Rani of Maratha clan fought and lost her life.

Tourist Places In And Around Gwalior

Gwalior tourism has many attractions to offer to its visitors. The Gwalior Fort, Phool Bagh, Suraj Kund, Hathi Pool, Man Mandir Palace, Jai Vilas Mahal, etc. will for sure mesmerize any visitor. Moreover, it is the birth place of Tansen, the great Indian musician. The prestigious Tansen music festival is conducted every year in Gwalior.

Gwalior Kharana the famous Khayal Gharana style of Hindustani music is named after the city. Gwalior is famous as a Sikh and Jain pilgrim centre.

How To Reach Gwalior

Gwalior can be reached by air, rail and via road. The place has an airport and a bustling railway station.

The best time to travel to Gwalior is during the winter season.

Gwalior is Famous for

How to Reach Gwalior