Delhi - The Bull's Eye of India 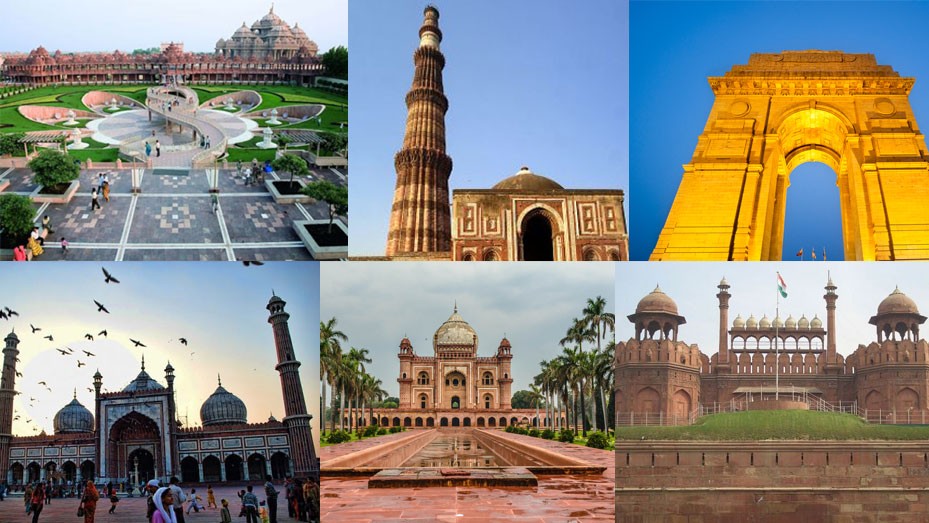 While traveling to and touring India is an experience in itself, landing in the country's capital – the delightful Delhi for tourism and exploring it could prove to be an indelible memoir. A magical world as diligent as a fireball, Delhi not just happens to be one of India's largest cities but is a perfect combination of antiquity and modernity.

Delhi, also famous by name 'Dilli' as pronounced in Hindi, is officially the National Capital Territory (NCT). With the capital of India New Delhi being a part of this NCT, it is India's second most populous city after Mumbai.

A mesmerizing combination of both new and old in the names of New Delhi and Old Delhi, the place is nothing but a bowl full of beautiful Indian history, culture, and an assortment of wonders. And what's more, it even happens to be the hub of country's every major political activity, thus becoming a delightful tourism destination that every travel connoisseur should be paying a visit to.

Situated at an elevation of 0-125 meters, Delhi is present in the Northern part of India. Bordering the state of Uttar Pradesh to its East and Haryana towards its South, West and North, Delhi's geography consists of two main features – The Delhi Ridge and the Yamuna flood plains. River Yamuna is the one and only major river flowing through the capital city.

Delhi has a humid subtropical climate. While its summers are long and extremely hot and dry, the winter months are extremely chilly. The capital city will be full of fog during these months. While the summer months start from April and last June, rains start puring from June until October. Then from the month of November starts winter.

The Richness in the Capital's Culture

As is the history of Delhi, so is its culture – Very diverse. While all major Hindu festivals from Diwali to Mahavir Jayanthi and Holi, Lohri, Krishna Janmashtami to Guru Nanak Jayanthi are celebrated here, popular here are unique fests such as Qutub festival, Vasanth Panchami, world book fair and international mango festival too, to name a few.

And for being that place where the the Mughlai cuisines actually originated, the Delhi food habits have an influence of Mughlai dishes. However, the regular Indian cuisines are also popular here. Here is a mention of some of Delhi's classic cuisines: Kadai chiken, butter chicken, chaats, jalebi, kachori and lassi!

Delhi is full of must visit places and architectural wonders representing the bygone era. If it is renowned for being home to many architectural masterpieces such as the Qutub Minar, the Red Fort, India Gate, Lotus Temple and the Akshardham shrine, it has also earned the tag of a 'shopper's paradise' for it is one place where a shopper can look and shop for anything under the sun.

What's more, with our Delightful Delhi being the hub of all Indian political activities, it is here in the capital city that our Parliament House, Rashtrapathi Bhavan – Residence of the President of India, Rajghat – The cremation site of Mahatma Gandhi and most other tourism hubs are located.

And that's not all! If you love history you should be visiting Delhi once for that too, for the city of Delhi has an elaborate history and is indeed called the 'capital of many empires'. From the famous Qutub Complex to Red Fort and many majestic tombs mosques to historic step wells and monuments, you can find all the timeless monuments here, which have stood the test of time.

Things To Do in New Delhi

With what ever you have read here so far, we have still been able to introduce only a slice of Delhi to you. To really know about it assiduously, you simply need to visit it. Plan for Delhi Tourism once. And chances are, after having explored the place, you'll probably get back home singing 'Basti Hai Mastanon KI Dilli Dilli, Gali Hai Diwanon Ki Dilli, Yeh Dilli Hai Mere Yaar, Bas Ishq Mohobbat Pyar . . .

Delhi is Famous for

How to Reach Delhi