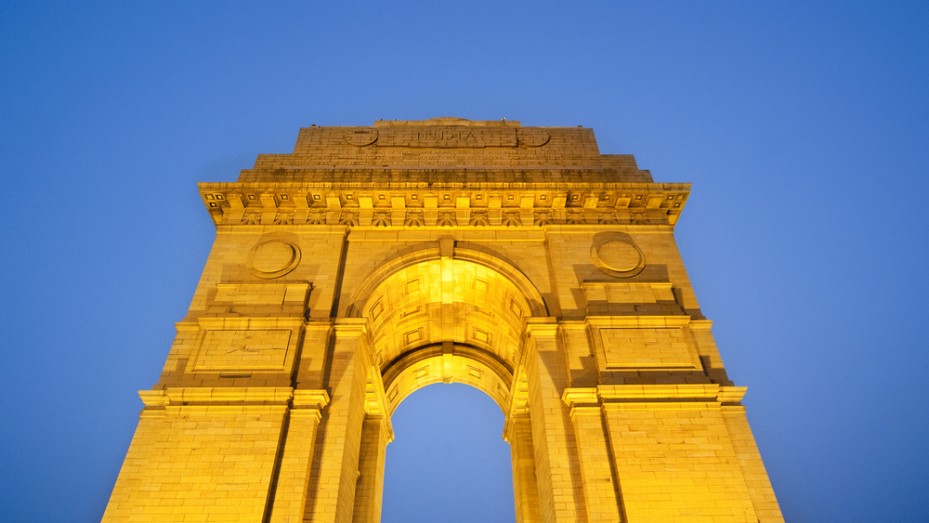 Of all the major attractions of Delhi, India Gate is one of the most visited tourist spots. Situated in the heart of the Delhi city, India Gate stands tall as one of the national monuments of the nation. The 42-metre-high monument is built in resemblance to the Arc de Triomphe in Paris. The memorial which was originally called the All India War Memorial commemorates around 70,000 soldiers who lost their lives fighting for the British Army during the World War I and the Third Anglo-Afghan War of 1919.

Though the foundation stone was laid by His Royal Highness, The Duke of Connaught, in the year 1921, the monument was completed in 1931 by the then Viceroy, Lord Irwin. The structure was designed by Edwin Lutyens. It is built of red and pale sandstones along with granite. Under the monument, you can see an eternal flame Amar Jawan Jyothi that pays homage to the soldiers who fought for the nation and lost their lives in the Indo-Pak War in 1971.

The vacant canopy in front of the India Gate earlier had a statue of the Emperor of India, George V which was moved to the Coronation Park. India Gate was built in the year 1931 and till date remains one of the best attractions of India.