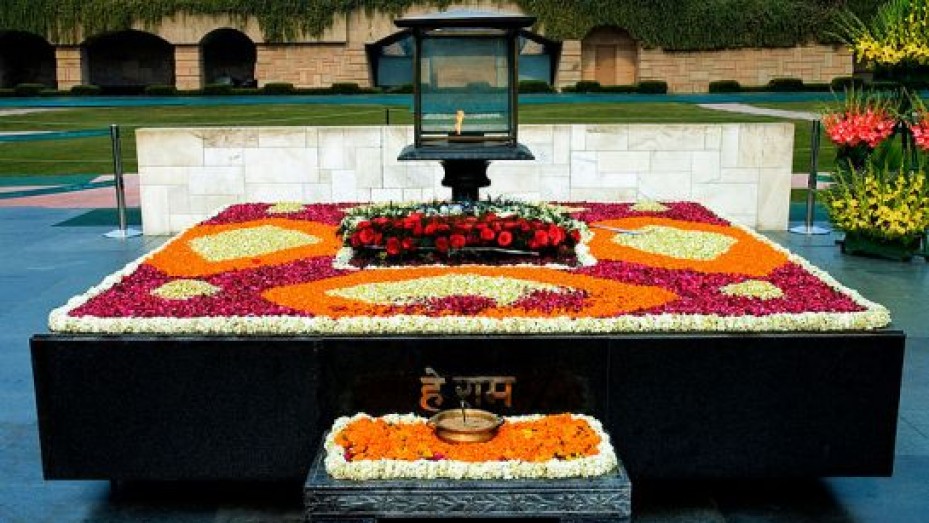 Raj Ghat in Delhi needs no special introduction. It is the cremation site of Mahatma Gandhi and was built following his assassination on January 31, 1948. Such is the place's importance that in recent times, it has become mandatory for all the foreign delegates visiting India to visit Raj Ghat, offer flowers, and pay their respects to Mahatma Gandhi.

Raj Ghat can be found present on the Mahatma Gandhi Marg on the banks of river Yamuna. The site is one of Delhi's most popular tourist attractions and attracts thousands of visitors towards it each day.

The memorial is a square shaped flat platform built out of black marble, burning at one end of which is an eternal flame. It is surrounded by a stone footpath and greenish lawns and has the epitaph 'He Ram' inscribed upon it, for these are the words believed to have been last uttered by the Mahatma.

When one visits this famous memorial, there are quite a few things to be kept in mind. As a mark of respect to Gandhi, visitors to Raj Ghat should remove their footwear before entering the memorial premises. Also, while a commemorative ceremony is held every Friday, prayer sessions will be held on the leader's birth and death anniversary days every year.

The memorial has been designed by a person named Vanu G Bhuta, and the architecture evinces the eminent leader's mantra – 'Simplicity'. However, the memorial has seen several changes in its design from the time of its construction.

When you visit Raj Ghat, it is not just the Mahatma's memorial that you'll get to see. Surrounding this famous cremation site are memorials of various other prominent political leaders who ruled India.

Some of them include the following: Shantivan – the memorial of Jawaharlal Nehru, Vijay Ghat – memorial of Lal Bahadur Shastri, Shakti Sthal – cremation site of Indira Gandhi, Ekta Sthal – memorial of Giani Zail Singh and Veer Bhumi – cremation of Rajiv Gandhi, to name a few.