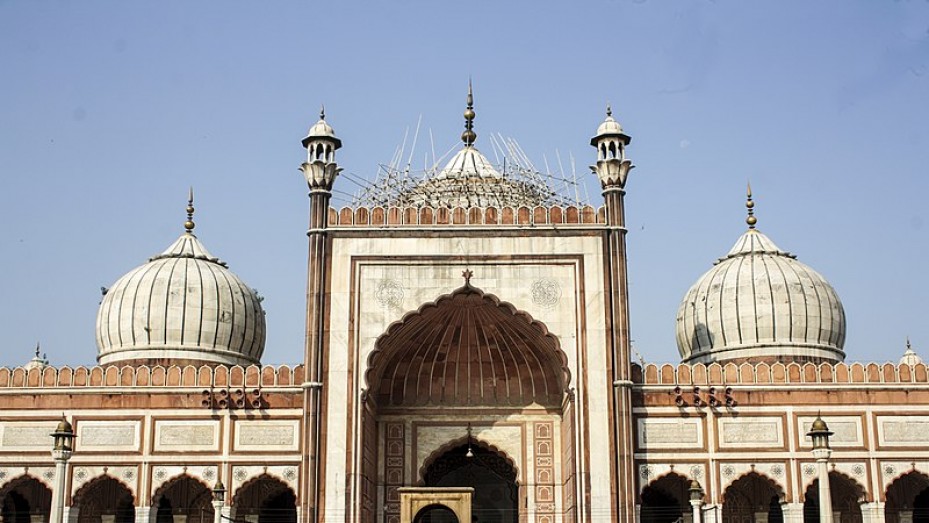 The Jama Masjid is one of the oldest and largest mosques of India. This was the last architectural work of Emperor Shah Jahan. The construction of the mosque started in 1650 and was completed in 1656. Located at the Chowri Bazar Road, the mosque is one of the main attractions of Old Delhi.

The mosque was originally named Masjid-i-Jahan Numa which means the “World-reflecting Mosque”. The mosque was later renamed as Jama Masjid which gained its name from Jammah, the Friday noon congregation prayers followed by the Islamic.

This huge mosque can hold up to 25,000 worshippers in it. It has three majestic gates, four towers of 40-metre-high minarets made of red sandstone and white marble. There are 260 beautifully done carved pillars in the mosque that has a mixture of both Hindu and Jain architecture. The floor of the mosque is covered with white and black marble that resembles an ornamented Muslim prayer mat. This beautiful mosque stands on a 5-feet-high platform and is perhaps the largest mosque in India.

The mosque has a number of relics in it, among which is an antique copy of the Qur'an that is written on deerskin. This is placed at the north gate of the mosque. The mosque is opposite the Red Fort in Delhi.