Hisar - In The City Of Steel 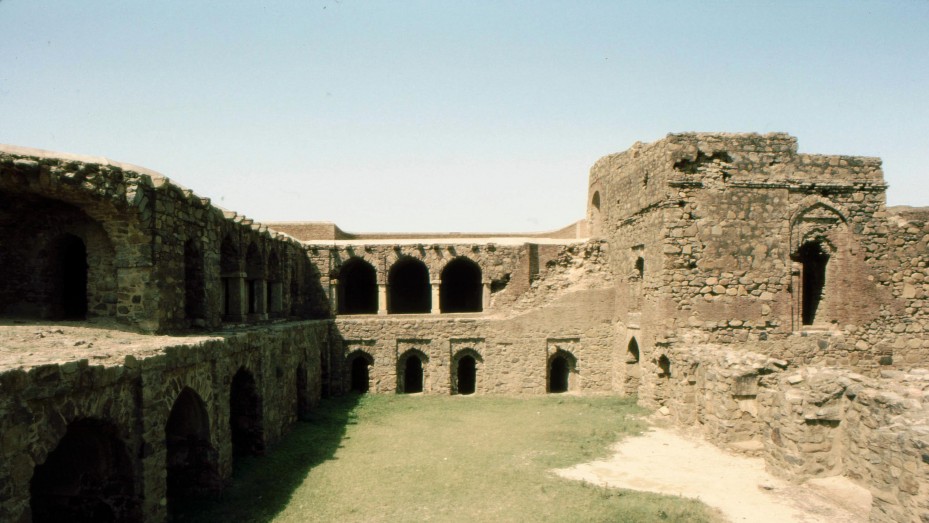 Hisar, the administrative headquarters of Hisar district in the state of Haryana, is located 164 km to the west of New Delhi. It has been identified as a counter-magnet city for the National Capital Region to attract migrants and develop as an alternative centre of growth to Delhi. Hisar is well known for its steel industry and is therefore also known as "The City of Steel".

Tourist Places In And Around Hisar

There is much to see and do in Hisar. St Thomas Church, built in four years starting from December 1860 to May, is a major attraction. The church is dedicated to St. Thomas, one of the twelve disciples of Jesus Christ. Its construction in those times cost Rs. 4500. The design and construction of the church imbibes the main features of Victorian style architecture.

Agroha Dham or Agroha Temple, as the name suggests, is located in Agroha. This temple complex also houses a huge pond named Shakti Sarovar and a naturopathy centre for the treatment of the patients through yoga and allied therapies.

Tourists can also visit Lohari Ragho, a large historical village, located approximately 52 km in the east of the city of Hisar. It is home to three historic mounds whose roots can be traced to Sothi-Siswal ceramic period. The mounds were excavated in 1980 by Dhoop Singh and Chanderpal Singh, officials of the Department of Archaeology and Museums, Haryana.

The Agrobha mound is an archaeological site, named after Agroha where it is situated at a distance of 1.5 km. The historical items discovered are believed to date from 3rd to 4th century B.C to 13th and 14th century A.D. Agroha mound is flanked by a temple complex on one side and Sheela Mata Temple on the other.

Rakhigarhi, also known as Rakhi Shahpur and Rakhi Khas is another village in district Hisar whose historical importance was discovered through excavations conducted first in 1963 and again in 1997 by the Archaeological Survey of India. The village was a flourishing 2.2 km square city and a part of the Harappan and Indus Valley Civilizations.

While in Hisar, one can also visit the Ancient Gumbad, a tomb of a spiritual teacher, Baba Pannir Badshah who lived in the 14th century A.D. Located in the centre of Hisar city, the square tomb has arched openings on all its four sides.

Barsi Gate, located in the south of the city of Hansi, and 26 km east of Hisar, is one of the five main entry gates to the city; the other four are Delhi Gate, Hisar Gate, Gosain Gate and Umra Gate. One can also visit the Fort of Prithviraj, which as the name suggests, was built by the famous Rajput warrior of the same name in the 12th century.

Another attraction is the Durgah Char Qutab, or the mausoleum complex of four celebrated Sufi saints, also located in Hansi. The great sufi saints or qutabs buried here are Jamal-ud-Din Hansi, Burhan-ud-Din, Qutab-ud-Din Manuwar and Nur-ud-Din.

Finally, you can visit the Firoz Shah Palace Complex built by Firuz Shah Tughlaq in 1354 AD. The palace houses a mosque by the name of Lat ki Masjid. It is built of sandstone pillar, about 20 ft high.

History has it that Hisar was founded in 1354 AD, by Firoz Shah Tughlaq as Hisar-e-Firoza. He reigned over the Sultanate of Delhi from 1351 to 1388 and was responsible for bringing the waters of the Yamuna river to the city via a canal. Two rivers, Ghaggar and Drishadvati once blessed the city but they have now changed their course.

Over the years, Hisar witnessed the rule of several major powers including the Mauryans in the 3rd century BC, the Tughlaqs in the 14th century, the Mughals in the 16th century and the British in the 19th century. Post-independence, it became a part of Punjab. However, when Punjab was divided in 1966, it became a part of Haryana.

How To Reach Hisar

Hisar is well connected to other cities of India by air, road and rail.

September to November is the ideal time to explore the historical town of Hisar.

Hisar is Famous for

How to Reach Hisar