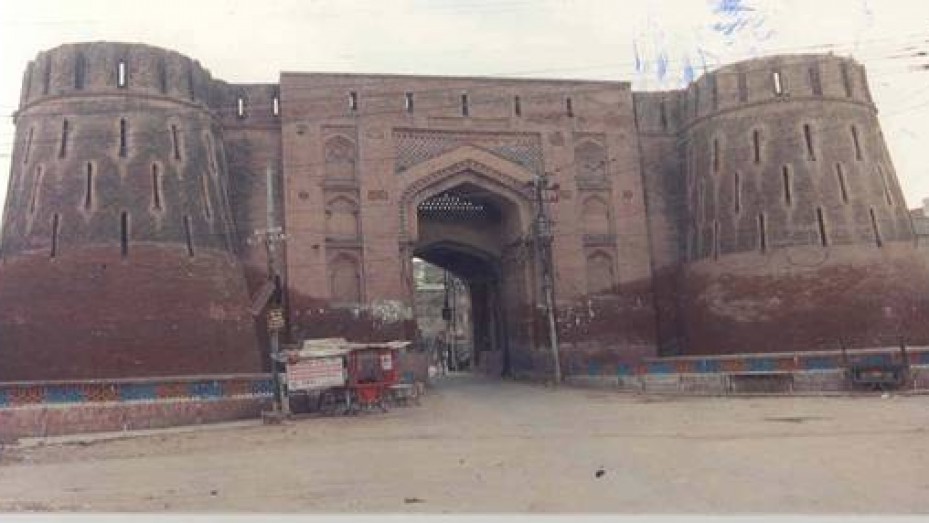 Barsi Gate is located in the south of the city of Hansi, 26 km east of Hisar. It is one of the five main entry gates to the city; the other four are Delhi Gate, Hisar Gate, Gosain Gate and Umra Gate.

The imperial gate stands on the outer defence wall of the Hansi Fort in the busy bazar of the city. It used to be an entrance gate to the ancient fort of Hansi in its heyday. The gate bears a Persian inscription on its door that fixes the date of its construction to the year 1304-1305 A.D.

It is also believed that the gate was built by Kilhana, a satrap of the famous Rajput warrior King Prithviraj. Subscribers to this view place the date of its construction to Vikrami Samvat 12224 which corresponds to the year 1167 A.D.

Barsi Gate has been damaged and repaired several times. It was first repaired in 1799 by George Thomas who made Hansi the capital of his fiefdom. It was damaged during the battle between the Marathas and the British forces in December 1801. It was last repaired in 2001.