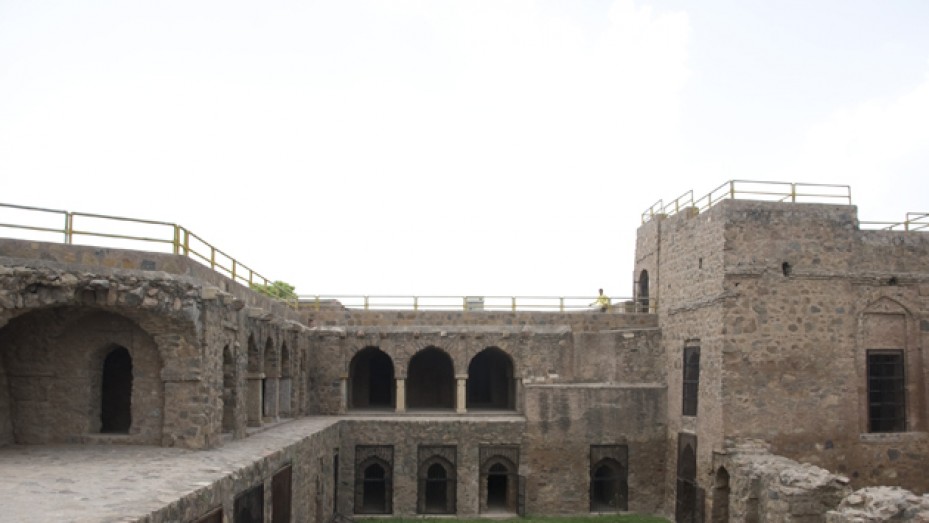 Located in Hisar, Firoz Shah Palace Complex was built by Firuz Shah Tughlaq in 1354 AD. The original town of Hisar consisted of a walled settlement inside the fort which had four gates, Delhi gate, Mori gate, Nagauri gate and Talaqi gate.

The palace houses a mosque by the name of Lat ki Masjid. It is built of sandstone pillar about 20 ft high. The complex also has underground apartments and also a Diwan-e-Aam. Then there is another palace by the name of Gujri Mahal which is located nearby. This palace was also built by Firoz Shah for his wife Gujri.

It is believed that Gujri was the mistress of the emperor. He asked her to accompany him to the throne of Delhi, which she refused. He then built her a temple in Hisar with his temple nearby. The construction of Gujri Mahal was completed in 1356. The palace stands on a massive rectangular platform. The complex has been declared as a Centrally Protected Monument by the Archaeological Survey of India.