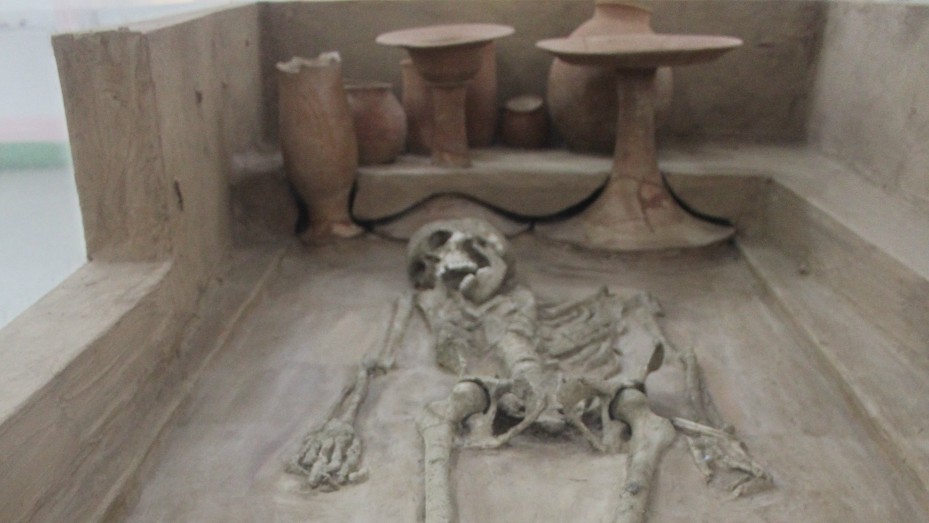 Rakhigarhi is also known as Rakhi Shahpur in Rakhi Khas which is a village in district Hisar. Its historical importance was discovered through excavations conducted first in 1963 and again in 1997 by the Archaeological Survey of India.

The village is currently located on the bed of what once was Saraswati river which is believed to have dried up around 2,000 B.C. It was a flourishing city and a part of the Harappan and Indus Valley Civilizations.

The Rakhigarhi historical site is spread over an area of 224 hectares. It is the largest site - even bigger than Mohenjodaro and the most significant archaeological site in the country. The excavations reveal how advanced the Indus Valley Civilization was in those times.

The excavators found brick-lined sewage drains, terracotta statues, bronze artefacts, weights, fish hooks made of copper, seals and needles. Other important discoveries included a bronze vessel embellished with gold and silver, a gold foundry containing around 3,000 semi-precious stones, a burial site with 11 skeletons, terracotta bangles, conch shells, gold jewellery and many more items, some of them more than 5000 years old.