Fatehpur Sikri - For A Historical Holiday 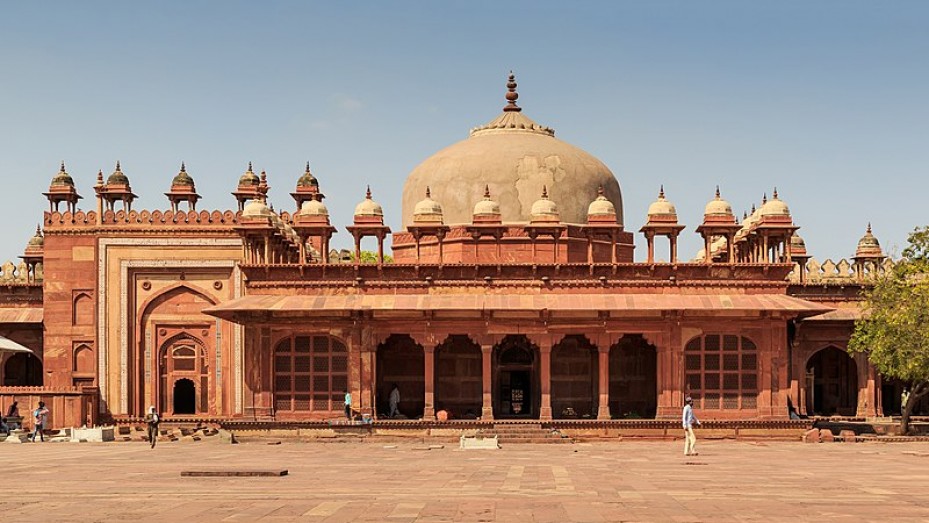 Built during the 16th century by the Mughal emperor Akbar, between 1571 and 1583, the UNESCO World Heritage Site, Fatehpur Sikri near Agra in Uttar Pradesh, stands testimony to the Mughal culture and civilisation. It was here that the sage Shaikh Salim Chisti predicted the birth of Akbar’s son. The layout and planning was greatly influenced by the concept of Indian town planning, more so as exhibited at Shahjahanabad (Old Delhi).

Tourist Places In And Around Fatehpur Sikri

The famous monuments found here are all built of red sandstone and reflect Hindu, Persian and Indo-Muslim traditions in their architecture. Some of the more notable buildings include Diwan-i-Am, or the Hall of Public Audience, which is encompassed by a series of porticos and where Akbar imparted justice. The Diwan-i-Am overlooks Daulat Khana or the Imperial Palace. Then there is the Ranch Mahal comprising four recessed storeys that reflects the style of certain Buddhist temples, the palace of Jodha Bai, the pavilion of Anup Talao, or the Turkish Sultana and the palace of Birbal.

Fatehpur Sikri is also home to several religious monuments including the great mosque, Jama Masjid, which according to dedicatory inscriptions, deserves the same merit as that of Mecca. The mosque is home to the tomb of Shaikh Salim, a stunning masterpiece which was further embellished by Jahangir. Also, worth a mention is the Buland Darwaza, commemorating the victories over Gujarat in 1572. Other monuments of note include Ibadat Khana, Anup Talao, Hujra-i-Anup Talao and Mariam-Uz-Zamani Palace.

In 1585, Akbar abandoned the place to fight against Afghan tribes and Fatehpur Sikri served as the Mughal court only once after that for a period of three months in 1619, when Emperor Jahangir took refuge here from the plague that hit Agra. The site was then abandoned and was rediscovered in 1892. However, during the 14 years of its existence it exhibited considerable power and comprised of several palaces, public buildings and mosques. It also served as living areas for the army and servants of the kings and an entire population whose existence has not been recorded.

Only a tiny portion of this city has been excavated. Most of the buildings that have been unearthed are in relatively well-preserved condition. The city is perched on a rocky plateau near an artificial lake that was created specifically for the occasion. Bound on three sides by a 6-kilometre wall, the city was fortified by massive towers and seven gates, of which the best preserved is the Gate of Agra.

Today, Fatehpur Sikri is a ghost city, but the monuments are in a perfect state of preservation. Explore the city and you will find it easy to imagine the full magnificence of an era gone by.

How To Reach Fatehpur Sikri

Fatehpur Sikri is well connected by rail and road. The nearest airport is at Agra.

The ideal time to visit Fatehpur Sikri is between November and April.

Fatehpur Sikri is Famous for

How to Reach Fatehpur Sikri