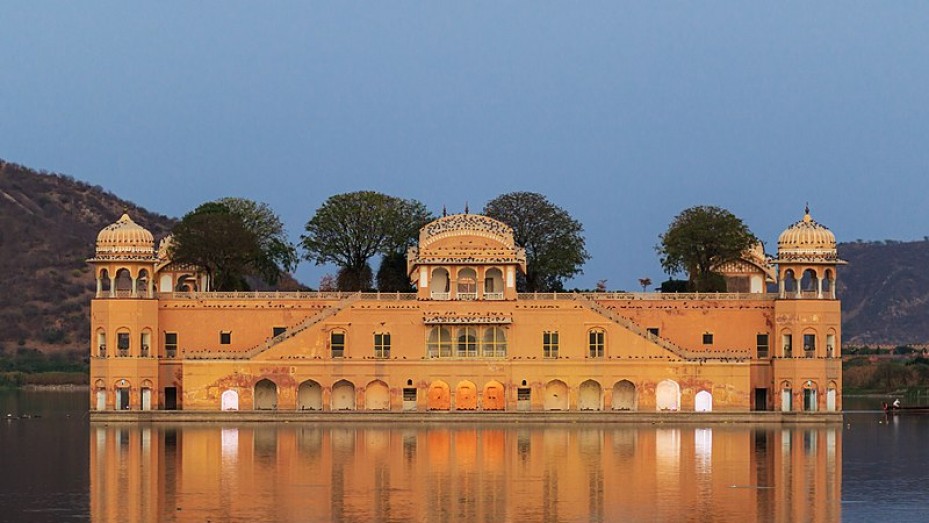 Jaipur, popularly known as the Pink City, is a beautiful old city of India. The capital of Rajasthan, Jaipur, is situated in a semi-desert territory. This picturesque city was built by Maharaja Sawai Jai Singh II, King of Amber, with the help of an architect from Bengal known as Vidyadhar Bhattacharya. It is also the first city of India which was planned according to the vastu shastra.

The place is a splendid example of the Hindu architecture and is constructed in the form of a Pithapada or an eight-part mandala. King Sawai Jai Singh II possessed a sound knowledge of astronomy and he significantly used the number 9 and its multiples in planning the city. Number 9 was symbolic of the 9 planets.

Tourist Places In And Around Jaipur

Jaipur, which is noted for its forts, palaces and havelis, attracts visitors in large numbers from all across the globe. People from far flung areas visit this place to witness the rich culture and tradition along with its historic heritage. The Amber Fort, the Nahargarh Fort, the Hawa Mahal, the Sheesh Mahal, the Ganesh Pol, and the Jal Mahal are some of the popular tourist attractions of Jaipur.

In addition to palaces and forts, the destination is also renowned for hosting several fairs and festivals. One of the popular annual festivals here is the Jaipur Vintage Car Rally, which is organised in the month of January. It is a major tourist draw and has become quite famous of late. Car lovers can witness an amazing collection of vintage cars like Mercedes, Austin and Fiat. Some of these cars date back to the early 1900s.

Another popular festival of Jaipur is the Elephant Festival which is organised every year on the occasion of Holi, a popular Hindu festival. The fair comes alive with colourful cultural events and beautiful elephant processions. In addition, the Gangaur Festival is also quite popular here. Gan refers to the Hindu Lord Shiva and Gaur refers to Lord Shiva’s wife, Parvati. The festival is symbolic of marital happiness. Some other well-known fairs and festivals of the city include the Banganga Fair, Teej, Holi and the Chaksu Fair.

Things To Do In Jaipur

Adventure lovers can enjoy sports, such as camel riding, hot air ballooning, paragliding and rock climbing, in Jaipur. Explorers can take excursions to destinations like Karauli and Ranthambore National Park.

Visitors would love shopping in Jaipur; there are several markets here offering a wide array of antiques, jewellery, carpets, pottery and gems, among others. Tourists can purchase handicraft materials, artefacts, apparel and branded clothes from MI Road. Bargaining is essential while shopping in the local markets of Jaipur.

The destination is also noted for its delicious, spicy dishes, prepared with onion, ginger and garlic. Dal baati choorma, pyaz ki kachori, kebab, murgh ko khaato and achaari murg are some of the popular dishes of the city. Food lovers can enjoy these dishes in Nehru Bazaar and Johari Bazaar, which are well known for street food. The regional sweets of the place, like ghevar, mishri mawa and mawa kachori, are famous all over the country.

The place is well connected to major parts of the country by air, rail and road. Located 13 km away from the city is the Sanganer Airport, which is also known as the Jaipur International Airport. This airbase is well linked to other places like Mumbai, Chandigarh, Delhi and Hyderabad by regular flights. The Jaipur Junction railway station connects the city to all the major Indian destinations. Travellers can also avail the Rajasthan State Road Transport Corporation (RSRTC) buses from some of the major Indian cities. From New Delhi, direct RSRTC buses are available for Jaipur. In the city, travellers can avail bus services of Jaipur City Transport Services Limited (JCTSL); they are considered perfect for sightseeing.

The place experiences extreme type of climate throughout the year. Summers are exceptionally hot while winters are freezing. Travellers must carry light clothes, hats and sunscreen while visiting Jaipur in the summer season. The period from March to October is considered perfect for visiting the Pink City.

Jaipur is Famous for

How to Reach Jaipur