Karauli - The Mark Of Holiness 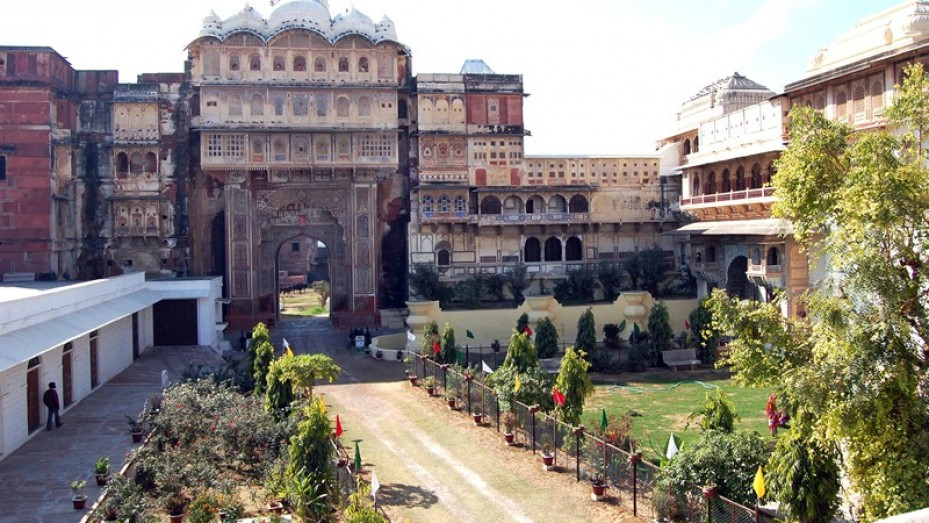 Karauli is a district in the state of Rajasthan and is situated at a distance of 160 km from Jaipur. It spreads over an area of 5530 sq km. The district was formerly named as Kalyanpuri after the famous local deity Kalyanji. The presence of more than 300 temples in Karauli makes it one of the holiest places of Rajasthan.

As there was a danger of frequent attacks in the medieval times, the whole district had been built like a fortress. The district has a wall made of red sandstone in its surrounding and still stands tall, though dilapidated at a few places. The wall has 6 entry gates and bastions at various points, which further strengthen the structure.

Tourist Places In And Around Karauli

Karauli is situated at an average elevation of 902 ft and is covered with hills and ravines. The highest peak in the region is 1400 ft high. According to legends, this princely state was founded in 995 AD by the 88th descendant of Lord Krishna, Raja Bijai Pal Jadon. However, Karauli was officially founded in 1348 AD by the Yaduvanshi Rajput, Raja Arjun Pal.

The district of Karauli is famous for its pale red stone architecture and boasts of various magnificent monuments like the City Palace, Timangarh Fort, Kaila Devi Temple, Madan Mohan Ji Temple, Mahavir Jain Temple and many other historic structures. The City Palace is an epitome of the rich heritage of the region.

Fairs acclaimed in the whole of Northern India are organised fortnightly at Kaila Devi Temple in the Hindu month of Chaitra (March- April); it attracts a large number of visitors from far off places. Tourists in large numbers from Madhya Pradesh, Uttar Pradesh, Punjab, Delhi and Haryana visit the temple during the festival. A major population of Karauli is engaged in making handicrafts, which are popular souvenirs for tourists visiting Karauli.

How To Reach Karauli

The Sanganer Airport in Jaipur and the Gangapur Railway Station provide easy access to Karauli both by air and rail. In addition, decent networks of roads provide good road connectivity.

The best season to visit Karauli is between September and March.

Karauli is Famous for

How to Reach Karauli