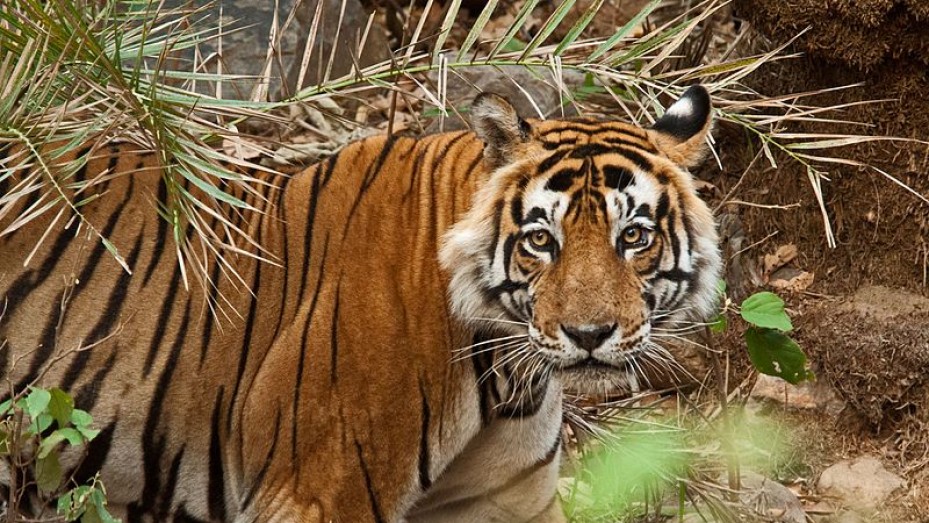 Sariska is a popular tourist destination located at a distance of 110 km from Jaipur in the Alwar district of Rajasthan. This place is famous for the Sariska National Tiger Reserve, which was established in the year 1955. The reserve has attained the status of a national park in the year 1979 and attracts tourists from all over the world.

Private vehicles are not allowed inside the Tiger Reserve, and tourists have to avail the Jeep and Elephant Safaris organised there to explore the reserve forest area.

Of Forts, Temples And Lakes – Tourist Places In And Around Sariska

Sariska also has a large number of forts, temples and lakes. Kankawari Fort, a 17th century fortress built by Jai Singh II, has a great historical significance. The Bhangarh Fort, Pratapgarh Fort and Ajabgarh Fort are other monuments located in the region.

The Hanuman Temple in Pandupol, Neelkanth Mahadev Temple and Bhartrihari Temple are some of the shrines located here that attract devotees from all over the country. The Silserh Lake and Jaisamand Lake are two beautiful water bodies present here that serve as delightful picnic spots.

The Sariska Palace, which served as the hunting lodge of Maharaja Jai Singh, is another popular tourist attraction of the destination.

How To Reach Sariska

The best time of the year for visiting Sariska is from September to March as the weather is cool at this time of the year. The Gangaur festival which is celebrated during March-April is a popular carnival of the region.

Sariska is Famous for

How to Reach Sariska