Ranthambore – A Concentration Of The Rare And Wild 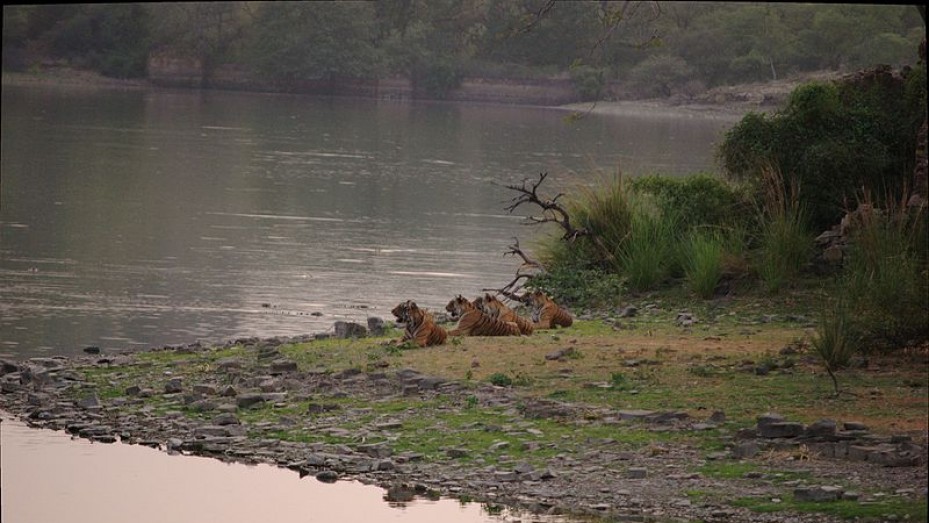 Ranthambore, also spelt Ranthambor and Rathambhore, is a pictorial destination in Rajasthan. It is situated at a distance of 12 km from the city of Sawai Madhopur. This place has derived its name from the names of two hills, 'Ran' and 'Thambor'.

The place is world-famous for its ‘Tiger Reserve’ and the Ranthambore National Park, an equally famous tourist destination. The park lies at the intersection of the Aravalli Range and the Vindhya Plateau. The park is at a distance of 14 km from Sawai Madhopur.

It was first established as ‘The Sawai Madhopur Game Sanctuary’ in 1955 by the Indian Government. Later in 1973, it was declared as a reserve for the Project Tiger. It attained its national park status in 1980.

Ranthambore and its surroundings comprise of deciduous forests with an abundance of flora and fauna. These forests serve as a natural habitat to different varieties of animals and birds. In the reserve, tourists can spot sambars, leopards, wild boars, sloth bears, striped hyenas and many other wild animals.

There are several lakes in Ranthambore, namely, Padam Talao, Surwal Lake and Malik Talao. Padam Talao is the largest lake inside the national park. Jogi Mahal, an ancient guest house, is situated on its bank.

Tourist Places In And Around Ranthambore

The Ranthambore Fort, another popular tourist attraction in Ranthambore, was built in 944 AD. This fort is an epitome of bravery and historical developments in Rajasthan. It is located at a height of about 700 ft above the adjacent plains and sprawls over a large area.

The Ranthambore Fort has three temples in its premises, dedicated to Lord Ganesha, Lord Shiva and Lord Rama. The responsibility of maintaining and preserving the mighty and splendid Ranthambore Fort is been assigned to the Archaeological Survey of India (ASI).

An Epitome Of The Glorious Past

In Ranthambore, travellers find themselves close to nature, with the region comprising of beautiful landscapes including large meadows, swift streams, dense forests and deep ravines flanked by steep peaks.

Ranthambore with its splendid relics, such as, ruined pavilions, crumbling walls, forts and other spectacular edifices of kingships, provide an opportunity to relate to its glorious past. A trip to this place can be a rejuvenating and a wholesome experience.

How To Reach Ranthambore

This place experiences a moderate climate throughout the year. The best time to visit this place is between October and April. During this period, the weather remains pleasant and perfect for sightseeing.

Ranthambore is Famous for

How to Reach Ranthambore