Ajmer - A Gem In The Lap Of Aravali 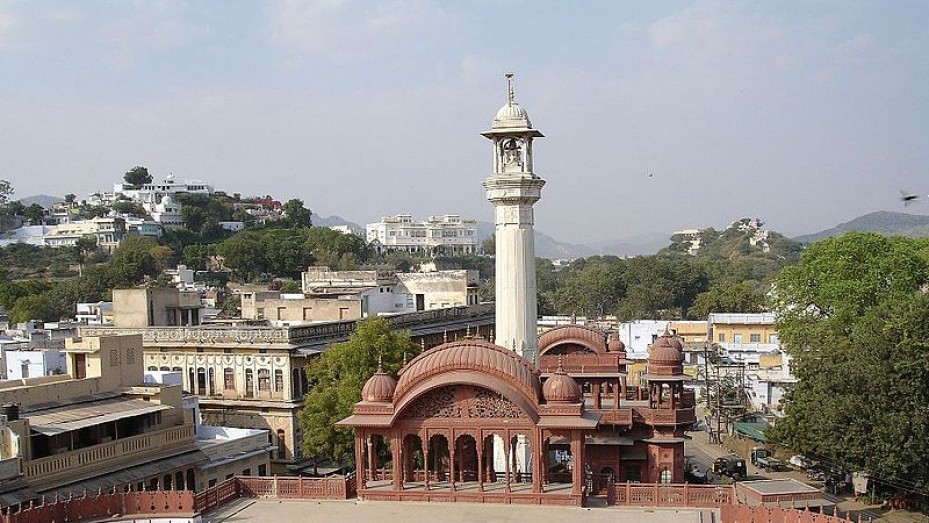 Ajmer, located in the Ajmer District of Rajasthan is the 5th largest city of the state, and is located at a distance of 135 km from the capital city of Jaipur. It was formerly known as Ajmere or Ajaymeru. The city is flanked by the Aravalli Ranges.

One of the oldest hill forts of the country, Taragarh Fort, guards the city of Ajmer. The city was founded by Ajayraj Singh Chauhan in the late 7th century A.D., and was ruled by the Chauhan dynasty for several decades, with Prithviraj Chauhan being one of the most popular rulers.

Ajmer was conquered by Mohammad Ghori in 1193 A.D. However, the Chauhan rulers were allowed autonomy over the state upon payment of heavy tribute to the conquerors. Ajmer was later captured by the ruler of Mewar in 1365 followed by Marwar in 1532.

In 1553, the Hindu Emperor, Hem Chandra Vikramaditya, popularly known as Hemu, conquered Ajmer; he was killed in the second battle of Panipat in 1556.

Ajmer came under the control of Mughal Emperor Akbar in 1559, and later passed onto the Marathas in the 18th century. In 1818, the British asked the Marathas to cede Ajmer for Rs. 50,000 and hence it became a part of the province of Ajmer-Merwar.

In 1950, it became Ajmer State, which became part of the Rajasthan State on 1 November 1956. Ajmer is located at a distance of 135 km from the capital city of Jaipur. Taragarh Fort is a noted hill fort in the city of Ajmer.

A Mosaic Of Splendid Sites - Tourist Places In And Around Ajmer

Located in the north of the city is the beautiful artificial lake known as Ana Sagar Lake. Pavilions or Bardari, which were built by Emperor Shah Jahan, makes the lake even more beautiful. Ana Sagar is a hotspot for picnics for both tourists and the local people.

The Ajmer Museum, which once served as the residence of Akbar, while on his visit to Ajmer, today houses many Hindu Idols of the 6th and 7th century. A large number of sculptures and armours of the Mughal and Rajput dynasties are also put here on display for tourists to see.

Adhai Din Ka Jhopra, a mosque, which is said to have been built in a period of just two and half days, is a good example of the Indo-Islamic style of architecture. The Nasiyan (Red) Temple, the Nimbark Peeth and the Nareli Jain Temple are other important attractions present in Ajmer.

Mayo College, a school set up for the erstwhile Indian nobility, particularly Rajputana is now one of the best schools in the country. Ajmer also serves as the gateway to the holy city of Pushkar, which is located just at a distance of 11 km from here. Pushkar is famous for the Brahma Temple and the Pushkar Lake, and is thronged by a large number of tourists.

How To Reach Ajmer

Ajmer is easily accessible by air, rail and road. Sanganer Airport, located at Jaipur is the nearest airbase to Ajmer. Ajmer Railway Station is the closest railhead and provides trains to all the major cities of India. Ajmer is well connected to other parts of the state by a good network of roads.

Winter is the best time for traveling to Ajmer as the weather is cool and pleasant at this time of the year.

Ajmer is Famous for

How to Reach Ajmer