Khimsar - Of Sand Dunes And A Fabulous Fortress 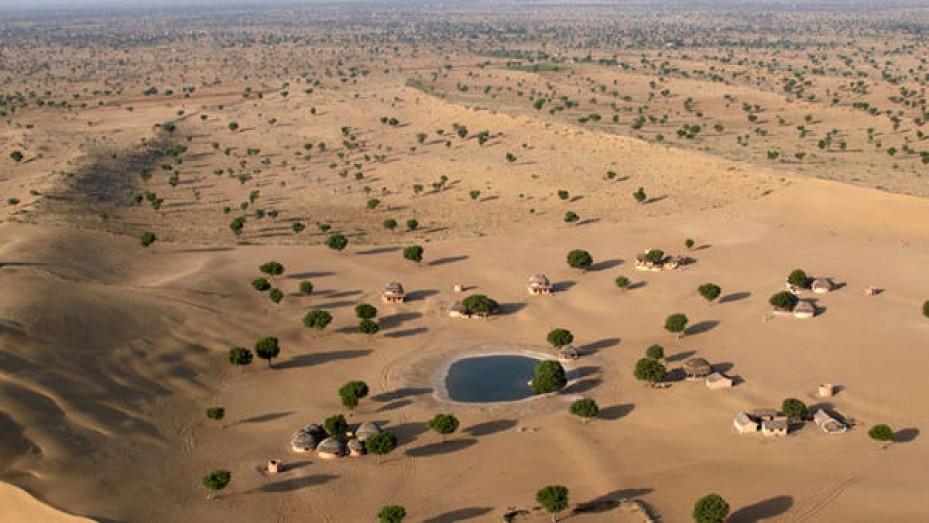 Khimsar, the tiny hamlet, is located at the edge of the Great Thar Desert in the state of Rajasthan. The centre of the village has a water body, which appears as a picturesque oasis in the dry desert. Once upon a time, Khimsar was an independent kingdom ruled by the Thakurs of the region.

Tourist Places In And Around Khimsar

The history of Khimsar dates back to the period of construction of the Khimsar Fort in the 16th century. This fortress has witnessed many battles of the bygone era. Tourists can see the evidence of the war on the walls of the fort. Though the fort was built to guard the Khimsar kingdom against enemy attacks, it became a residential place when the women's section known as the Zanana was added to it in 1940.

Presently, a part of the fort serves as a heritage hotel of the region while the rest is occupied by the descendants of the royal family of Khimsar. Tourists planning a holiday trip to Khimsar can also visit the place called Osian. This place is renowned for several ancient Jain and Hindu temples.

If time permits, tourists can head towards the heritage hotel Sand Dunes Village to enjoy camel safaris on the golden sandy slopes of the desert. A large number of tourists come here between the months of January and February to enjoy the Nagaur Festival. This is a typical cattle fair which allows visitors to enjoy camel races, bullock races, folk music and dance forms of the region.

Khimsar is well connected by air, rail and road. The Jodhpur Airport is the nearest airbase to the place. Regular flights are available from Jaipur, Mumbai, Delhi and Udaipur to this airport. The closest railhead to Khimsar is also located in Jodhpur. Travellers can hire cabs from both the railway station and the airport to reach Khimsar.

This place lies on the Jodhpur-Nagaur-Bikaner Highway. Therefore, tourists can reach Khimsar easily by buses from its neighbouring cities.

The region experiences extreme climate for the most part of the year. The best time to travel to Khimsar is during winters which commence in the month of November and last till March.