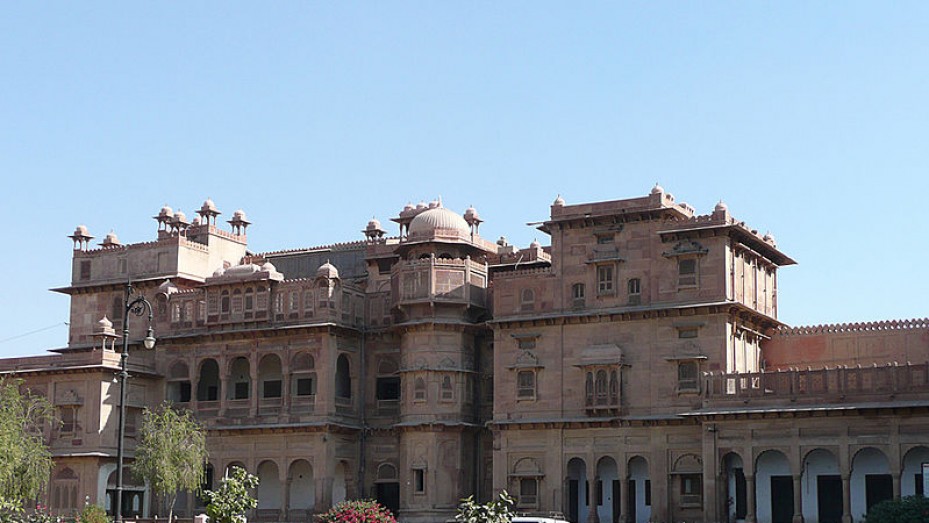 Bikaner, the Rajasthani town, exemplifies the enviable romance of the desert with the dunes of golden sands, fighting camels and the heroic deeds of Rajput kings. This desert town is located in the middle of the Thar Desert, towards the north-west part of the state of Rajasthan. It was founded by the Rathore prince, Rao Bikaji, in the year 1488. This town is famous for its rich Rajput culture, delicious bhujias, colourful festivals, magnificent palaces, beautiful sculptures and towering forts made of sandstones.

Tourist Places In And Around Bikaner - Mouthwatering Ethnic Cuisine

Bikaner is the site of origin of the huge Bhujia industry, which can be traced back to the year 1877, during the reign of the king, Shri Dungar Singh. Bhujia was first manufactured under the name of Dungarshahi bhujia to serve the guests of the king. Bikaner, which produces mouthwatering Bikaneri bhujia, sweets and snacks, is the town behind the emergence of the world famous global brands like Bikaji and Haldiram’s. Bikaneri bhujia is a popular crispy snack and is prepared with besan (gram flour), spices, moth dal, vegetable oil, salt, red chilli, black pepper, cardamom and cloves. One of the largest sweets and snacks companies, Haldiram's was established by Gangabisenji Agrawal here in Bikaner in the year 1937.

Apart from these mouthwatering bhujias, this desert town beckons tourists from India and abroad to enjoy the famous Bikaner Festival. It is dedicated to camels, popularly known as the ship of the desert. This festival begins with a glorious procession held in the backdrop of the Junagarh Fort. Camels are decorated gracefully with ornaments and colourful clothes during the festival. Camel races, camel milking, fur cutting design, the best breed competition, camel acrobatics and camel bands are popular attractions of the festival.

The region of Bikaner enjoys extreme climate in summers as well as in winters.

How To Reach Bikaner

Though the nearest airport is not close to Bikaner, it is still easily accessible by rail and road.

Bikaner is Famous for

How to Reach Bikaner