Phalodi - Seasoned With Loads Of Salt 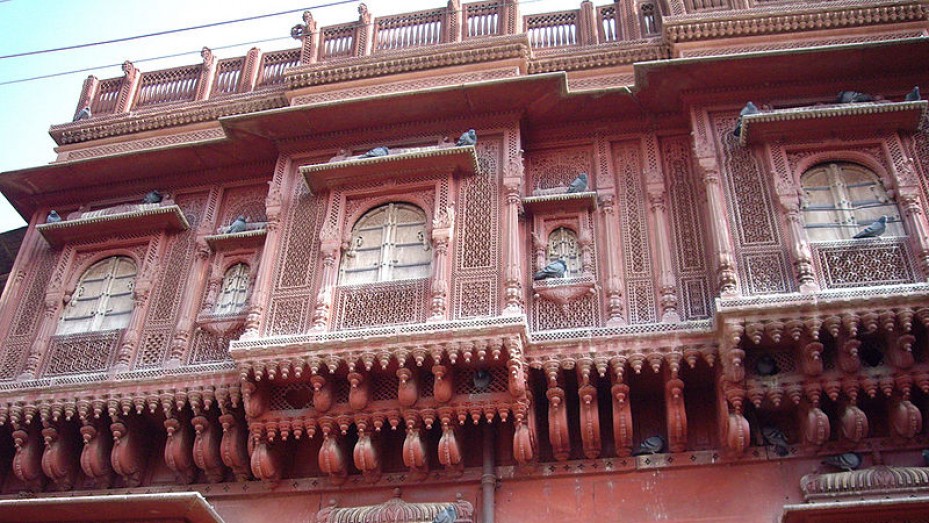 Phalodi, famous as the salt city, is a tourism hub located in the district of Jodhpur in Rajasthan. This place lies between the Golden City, Jaisalmer, and the Sun City, Jodhpur, in the great Thar Desert. It is an old caravan centre which is still engaged in trading salt on camels, the ships of the sandy desert. Phalodi shares its boundaries with Bikaner, Nagaur, Jaisalmer and Jodhpur. It is the second largest town of the district. The history of Phalodi can be traced back to the 15th century and this town was known as Phalvaridhika during that time. It was ruled by Rao Maldeo Rathore in 1547, but it came under the King of Bikaner in 1578. It became a part of Jodhpur after Rao Soor Singh took over in 1615.

Culture, Colour & Ethnicity - Tourist Places In And Around Phalodi

The elegantly designed shoes, locally famous as jootis, colourful bangles and women wearing brightly coloured clothes and beaded and silver jewellery exemplify Phalodi. Hindi and Rajasthani are the widely spoken languages of the region. Apart from its rich culture, Phalodi is also famous for forts, royal havelis, bazaars, ancient Hindu and Jain temples, which make this place a tourist hotspot.

The heritage buildings of Phalodi display the typical Jharokha and Jaali styles of Rajput architecture. The Phalodi Fort is one of the famous historic monuments dating back to more than 300 years.

The splendid architectural style of the fort attracts tourists from across the world. Visitors to Phalodi can also see the Lal Niwas, which was built in the year 1750 with red sandstones. This beautiful building has now been converted into a prominent heritage hotel adorned with attractive antique artefacts and glass chandeliers. Other notable attractions of the place are the Sachiya Mata Temple, the Mahavira Temple, the Ramdevra Temple and the Sun Temple.

The Demoiselle Crane Village - A Place For Migratory Birds!

In addition to these forts, heritage buildings and ancient temples, Phalodi is also a dream destination for avid birdwatchers. The Khichan village of the region allows tourists to see a huge number of migratory birds. This village is only 5 km away from the destination and is a temporary habitat of the demoiselle crane, locally known as kurja. The period from August to March is the ideal time to see this unique species of birds which travel a long way from south-western Europe, Ukraine and Poland for a short halt at the village of Khichan. Owing to the international recognition for being a temporary habitat of these birds, the village is also known as the the demoiselle crane village.

How To Reach Phalodi

The salt city of Phalodi is easily accessible by air, rail and road. The Jodhpur Airport is the closest airbase to Phalodi located at a distance of 135 km from the destination. Foreign tourists can reach the destination from the Indira Gandhi International Airport of New Delhi. This international airbase is connected to all major Indian cities including Mumbai, Kolkata, Chennai, Guwahati and Bengaluru by frequent flights.

Tourists can also reach the destination by trains from Bikaner, Jaisalmer, Lalgarh, Old Delhi and Jodhpur. Cabs are readily available from both the airport and the railway station to Phalodi. Convenient and comfortable bus services are also available to reach the salt city. Travellers can avail both private and government owned buses to Phalodi from famous tourist destinations like Jodhpur, Ajmer, Jaipur, Beawar, Agra, Allahabad and Kanpur.

The region of Phalodi experiences a tropical climate around the year. Summers are extremely hot with a maximum temperature of 45° C; whereas, winters are freezing with a minimum temperature of 5° C. The winter season is the best period to plan a holiday to Phalodi.

Phalodi is Famous for

How to Reach Phalodi