Allahabad - The Sacred Land Of The Sangam 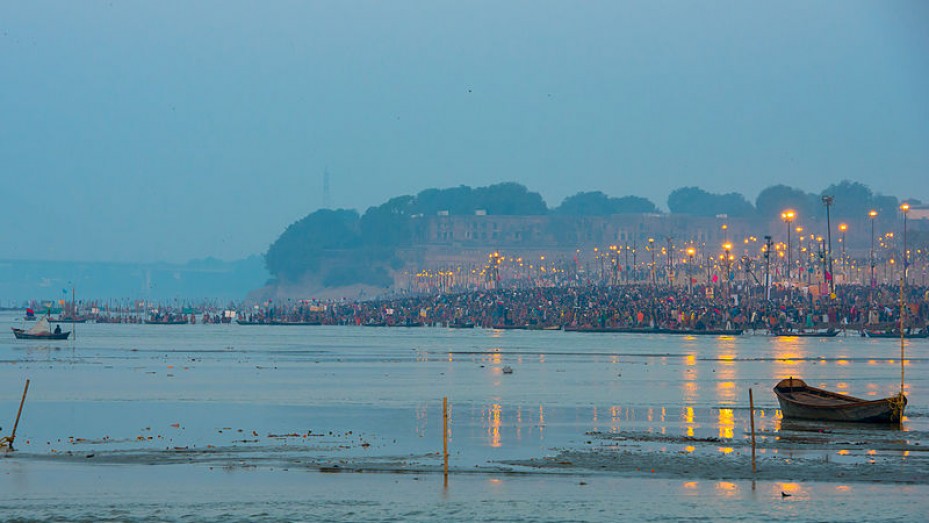 Allahabad, one of the largest cities of Uttar Pradesh is a city of many dimensions. Apart from being a major pilgrimage centre for the Hindus, Allahabad has played an important role in shaping the destiny of modern India. Formerly known as Prayag, the city finds mention in Indian scriptures, such as the Vedas and the epics, Ramayana and Mahabharata.

Mughal Emperor Akbar renamed this city as Illahabas in 1575 and over a period of time it came to be known as Allahabad. Akbar realised its importance as a waterway landmark in North India and built a magnificent fort on the banks of the holy Sangam.

Centuries later, Allahabad once again rose to prominence during India’s struggle for Independence from the British Rule. It is here in Allahabad that the first Indian National Congress was born in 1885 and Mahatma Gandhi began his non-violence movement in 1920s.

During the British period, Allahabad became the headquarters of North Western Provinces. This particular era finds reflection in the well-preserved Muir College and the All Saints Cathedral.

Allahabad As A Pilgrimage Centre

However, Allahabad is today well known and revered for being a major pilgrimage centre for the Hindus. Mythology has it that Lord Brahma, the creator of the universe’ chose Allahabad for Prakrishta Yajna. He also foresaw the sanctity of the place and accordingly named it Tirth Raj or the king of all pilgrimage places.

Allahabad is home to the Sangam or the confluence of the three holy rivers, Ganga, Yamuna and the mythical Saraswati. The sangam, or the confluence, is the focus point of several religious ceremonies and festivals including the Maha Kumbh, which is the largest gathering on earth, with people from India and across the globe converging during the auspicious period for a sacred dip in the rivers.

The Maha Kumbh takes place every twelve years and the one held in 2001, attracted more than 40 million people on the main bathing day, breaking all records for biggest human gatherings ever.

Apart from the Maha Kumbh, Ardh Kumbh is also held after every six years. An annual Magh Mela is also held at the Sangam areas in the month of January, when people braving the bone-chilling cold take a dip in the holy waters to absolve their sins. Allahabad tourism sees a boost during the Kumbh.

Over the period Allahabad has played an important role in defining the religious, cultural and historical ethos of India and has several famous people and scholars to its credit including Mahadevi Verma, Harivansh Rai Bachchan, Motilal Nehru, Jawaharlal Nehru, Murli Manohar Joshi. No doubt Allahabad tourism has shades of religion, culture and history.

Tourist Places In And Around Allahabad

Visit Anand Bhawan, the ancestral home of Jawaharlal Nehru, which served as the headquarters for political leaders during India’s freedom movement. The city also has several relics from the British and Mughal era including the Allahabad Fort, Minto Park, Alfred Park, one of the largest green spaces in the city, the Thornhill Mayne Memorial and Khusro Bagh, a walled Mughal garden.

Allahabad is home to the Jawahar Planetarium where you can view the solar system and the stars. Also worth a mention is the Allahabad High Court, which was one of the first high courts to be established in India.

The best time to visit is from November to March. The temperature during the rest of the months is hot and dry. However, being an important pilgrimage centre, Allahabad attracts a lot of visitor traffic during religious festivals.

How To Reach Allahabad

Travellers planning a trip to Allahabad can reach the destination via air, rail and road.

Allahabad is Famous for

How to Reach Allahabad