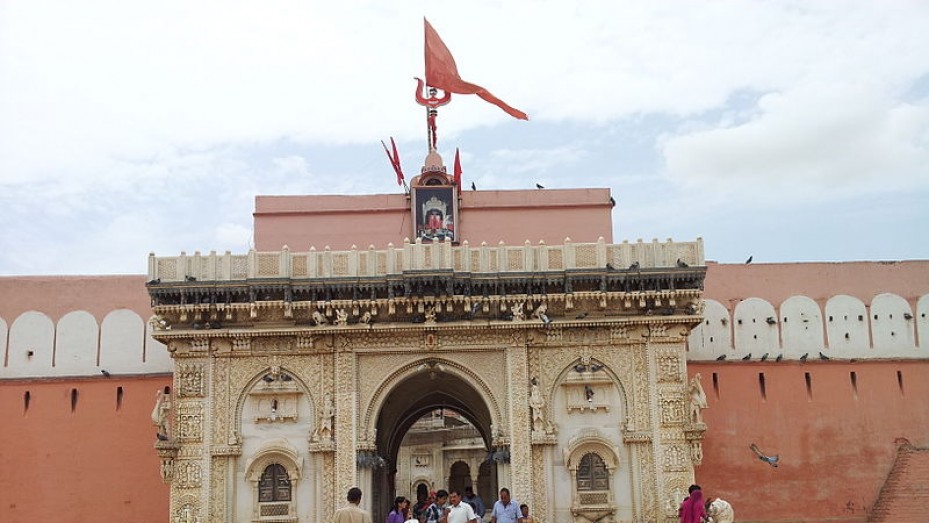 Deshnok, a tiny hamlet, is located in the 'Camel Country’, Bikaner District of Rajasthan. It was earlier known as 'dus-nok' meaning 'ten corners' as the village was carved out of ten corners of ten hamlets. This place lies close to the border of Pakistan at a distance of 30 km from the city of Bikaner. Deshnok is renowned for the Karni Mata Temple and various festivals.

The Karni Mata Temple is a rare tourist attraction of this place. This is a unique pilgrimage centre of India where rats are worshipped. This shrine is also famous as the Rat Temple. Goddess Karni Mata is worshipped here as one of the incarnations of the Hindu deity Durga. She is also the royal deity of the kings of Bikaner.

Emperor Ganga Singh built this temple during the 20th century. This temple is home to around 20,000 rats which are known as 'Kabas'. Locals believe that these rats carry the souls of future children of the goddess. These rats are highly revered by devotees as they are considered as holy. The eye catching marble carvings of the temple add to the overall view.

A large number of devotees visit this temple on the occasion of the Karni Mata Fair which is an annual festival held twice in the months of March-April and September-October. The Gangaur Festival is also a popular event of Deshnok. This festival is celebrated in the month of March by women in honour of Goddess Gauri Mata.

How To Reach Deshnok

Deshnok is easily accessible by air, rail, and road. The closest airport to Deshnok is located in Jodhpur. The Indira Gandhi International Airport (IGI) of New Delhi is the nearest international airbase. This airport is connected to major Indian destinations like Kolkata, Chennai, Bengaluru and Mumbai by daily flights.

Travellers can also reach the destination by trains to the Jodhpur Railway Station. This railway station is connected to the major Indian destinations including Jaipur, Churu, Jodhpur, Delhi, Kalka, Howrah and Bhatinda by frequent trains.

Buses are also available from Agra, Delhi, Ajmer, Jodhpur, Ahmedabad, Jaipur, Jaisalmer, Jhunjhunu, Udaipur, Barmer and Kota to the city of Bikaner. Travellers can avail cabs from Bikaner to Deshnok.

The region of Deshnok experiences extreme climate throughout the year. The best time to plan a holiday to Deshnok is between the months of November and February.

Deshnok is Famous for

How to Reach Deshnok