Pokhran - The Place Of Five Mirages 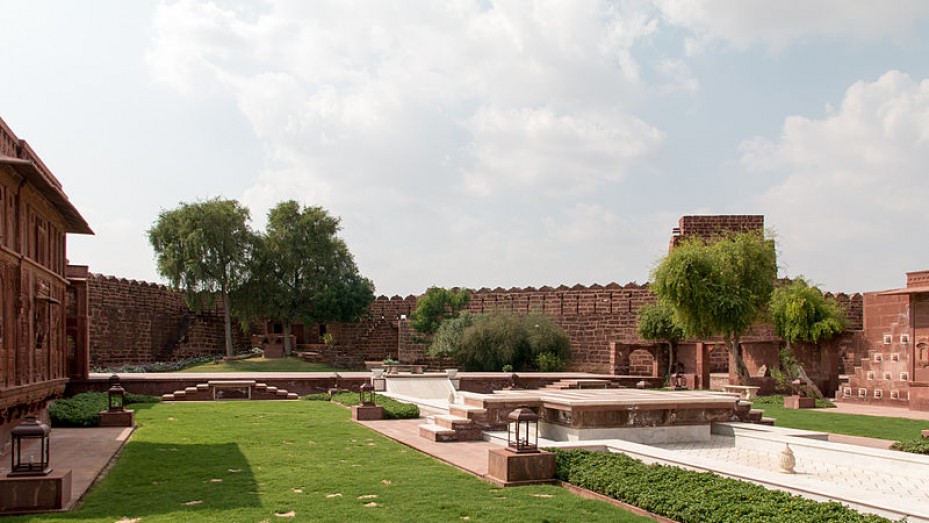 Pokhran is a heritage city located in the Thar Desert, in the Jaisalmer district of Rajasthan. Bounded by five big salt rocks, Pokhran literally means the place of five mirages. The destination first came into the limelight when India carried out a series of nuclear tests here. On 18th May, 1974, Pokhran witnessed India's first nuclear test, code-named Operation Smiling Buddha.

What Makes The City Unique

The place is noted for its havelis, monuments and temples. One of the popular religious centres here is the Baba Ramdev Temple. It is situated 12 km away from Pokhran in the Ramdevra village. In the premises of the temple there is the samadhi of Ramdev Ji who was a Hindu folk god of Rajasthan. Devotees in large numbers visit this place every year during the popular Ramdevra Fair.

Tourist Places In And Around Pokhran

Another popular tourist attraction of the destination is the Fort Pokaran, also known as Balagarh. It was constructed in the 14th century and belongs to the chief of Champawat. The beautiful architecture and the golden history related to the fort attract visitors from all across the globe. This fort also has a museum where travellers can see the attire, weapons and pottery belonging to the Rajput period.

The town is also renowned for its several beautiful and royal havelis. Some of the popular havelis that deserve a must-visit tag on the tourists' itinerary are the Salim Singh-ki-Haveli, the Patwon Ji-ki-Haveli and the Nathmalji-ki-Haveli.

How To Reach Pokhran

Tourists can reach Pokhran easily by air, rail and road. The Jodhpur Airport and the Jodhpur railway station are the nearest airbase and railhead to Pokhran, respectively. Travellers can avail buses for Pokhran from major nearby cities, such as Jaipur, Jodhpur, Bikaner and Jaisalmer.

The place experiences an extreme climate throughout the year. Tourists can plan a trip to Pokhran between the months of October and March as the weather remains pleasant and favourable during this period.

Pokhran is Famous for

How to Reach Pokhran