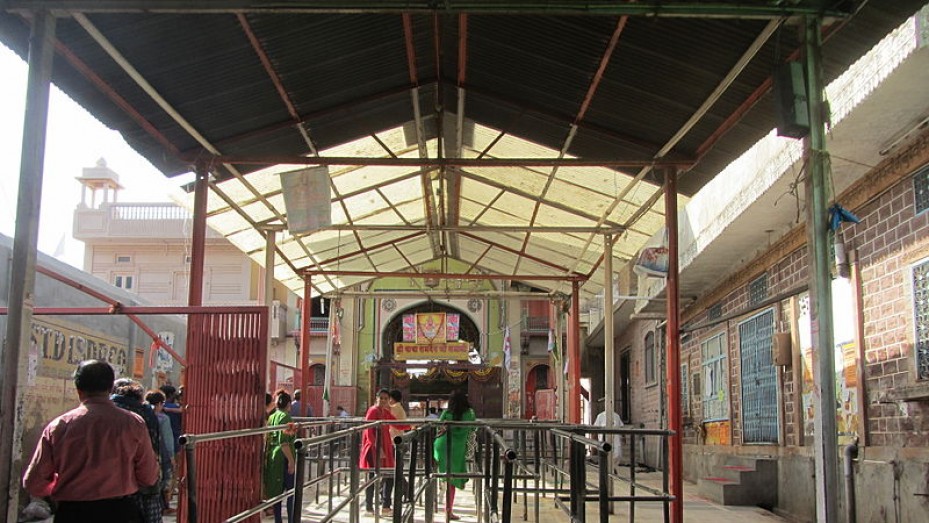 Baba Ramdev Temple is located in a village called Ramdevra at a distance of around 12 km from Pokhran. The samadhi of Ramdev Ji, a Hindu folk god of Rajasthan, is situated in the premises of the temple. A Rajput king and saint from the 14th century, Ramdev Ji is believed to possess extraordinary powers, the fame of which spread far and wide. He devoted his entire life to the service and well-being of the poor and the downtrodden. Presently, several social groups of the country worship him as their Ishta-Deva.

The recent building of the temple was constructed in 1931 by Maharaja Ganga Singh of Bikaner around the spot where Ramdev Ji renounced his mortal body. The samadhis of Ramdev Ji’s chief disciples are also situated in the temple complex along with the tombs of five Muslim Pirs. These Pirs had come here from Mecca to pay their homage to Ramdev Ji, who was called by the name Ram Shah Pir in their community.

A tank called the Ramsar Tank is located close to the village and people believe that Baba himself constructed it. There is a stepwell known as the Parcha Baori located in the vicinity of the temple. The water of the well is believed to possess extraordinary healing powers.