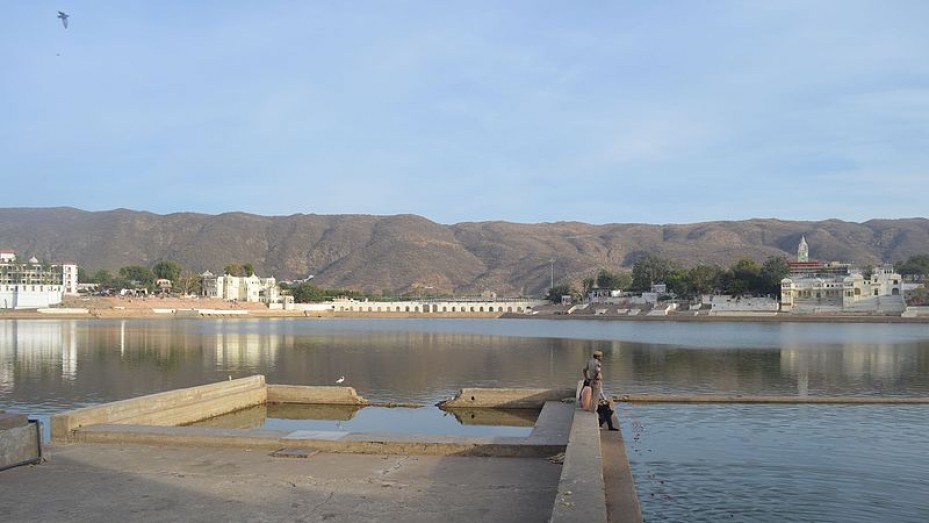 Pushkar is recognised as one of the most sacred cities in India. It is 14 km away from the city of Ajmer. This holy city finds its reference in the travelogue of Fa-Hien, a renowned 4th-century Chinese traveller and in the writings of the period when Mughals invaded India. An eminent Indian poet, Kalidas, holds Pushkar in high esteem in his famous work, "Abhigyan Shakuntalam". This small city is home to over 400 temples and 52 ghats.

The Brahma Temple at Pushkar is one of the few temples in India dedicated to Lord Brahma. The other famous temples in Pushkar are the Varaha Temple, the Aptaeshwar Temple and the Savitri Temple.

The holy Pushkar Lake is another religious attraction of the place and has a legend behind its origin. According to the legend, Lord Brahma killed the demon Vajra Nabh with a lotus flower.

Consequently, three petals fell from that flower, of which one fell in Pushkar, where the holy lake came into existence. Millions of people take a holy dip in the Pushkar Lake on Kartik Purnima (full moon), as it is a popular belief that it is the path to salvation. Pushkar is also popular for its fairs and festivals. Every year, in the month of November, the city hosts the world famous Pushkar Cattle Fair, the largest cattle trade fair in the world. Besides the cattle trade, the fair also exhibits different aspects of the Rajasthani tradition and culture.

Accessibility To The City - How To Reach Pushkar

Travellers can easily reach Pushkar from any part of the world. The Sanganer Airport, Jaipur is the nearest airbase to Pushkar, while Ajmer railway station is the nearest railway station. Ajmer has excellent road connectivity to other leading cities of the state, such as Jaipur, Jaisalmer and Udaipur.

The best season to visit Pushkar is the winter season, when the temperatures range from 8 °C to 25 °C.

Pushkar is Famous for

How to Reach Pushkar