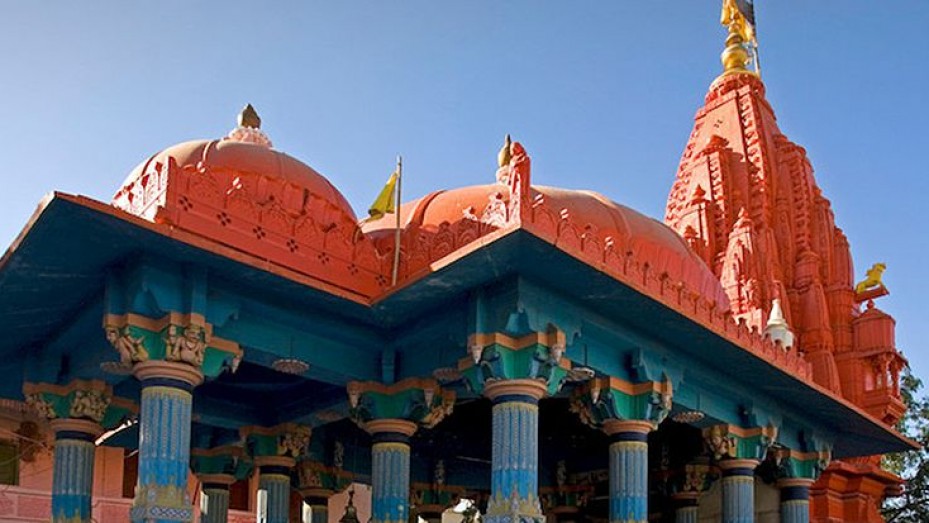 The Brahma Temple is located on the banks of the Pushkar Lake. It is one of the few temples in India, which is dedicated to the Hindu God, Lord Brahma.

This act of Lord Bramha irked his wife, Savitri. She cursed Lord Bramha that he would not be worshipped anywhere else, except Pushkar. This temple was originally built in the 14th century. The temple has a majestic four-headed image of Lord Brahma sitting in a lotus position with his young consort, Gayatri on the left, and Savitri on the right.