Nathdwara - The Land Of The Little Lord 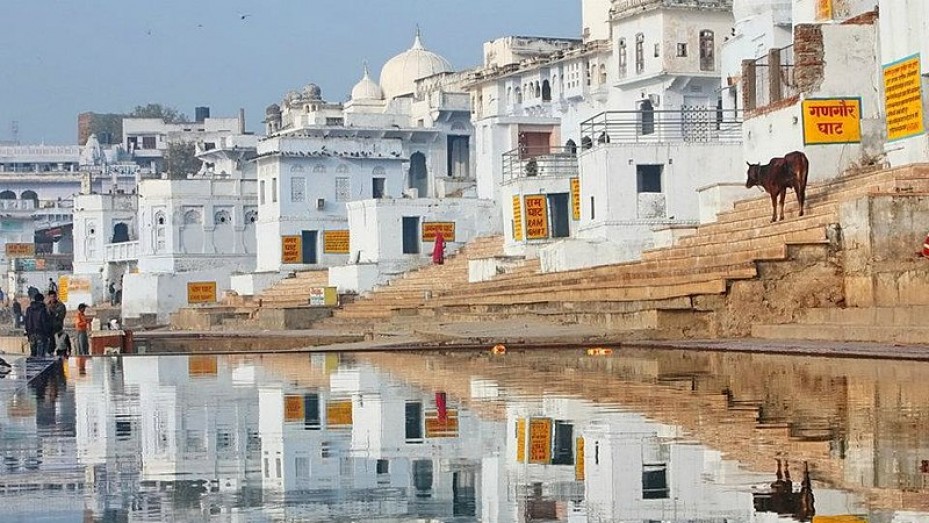 Nathdwara, which is well-known as the ‘Apollo of Mewar’ lies on the bank of the river Banas in the district of Udaipur in Rajasthan.

A Realm Of Art And Artefacts

This town is famous for the picturesque Pichhwai paintings and colourful terracotta products. The artwork industry of the region dates back to 2000 years ago. Among all the art forms, 'meena work' is the most famous attraction of the region. Tourists visiting this town can enjoy Shopping for various rich ethnic handicrafts.

Tourist Places In And Around Nathdwara

In addition to being an art paradise, Nathdwara is revered as a holy place dedicated mostly to the Hindu deity Krishna or Vishnu and His various incarnations. Travellers planning a trip to Nathdwara can visit the Dwarkadheesh Temple which is dedicated to Lord Vishnu. This temple is famous for its beautiful red stone idol of the deity.

The Srinathji Temple is also a popular religious shrine in the region. The beautiful idol of the deity in this shrine is exquisitely carved out of a single marble piece. The Eklingji Temple, dedicated to Lord Shiva, is one of the most visited shrines of the region. The ancient idol of the temple dates back to the 15th century.

A large number of devotees visit this shrine on Mondays as special pujas are organised in honour of the deity. Rajsamand, Sahitya Mandal Library and Sanwaria Seth are other notable tourist attractions of the region.

How To Reach Nathdwara

Nathdwara can be reached by air, rail and road. The Maharana Pratap Airport or Dabok Airport of Udaipur is the closest airbase to the region. Foreign tourists can easily reach Nathdwara from the Indira Gandhi International Airport of New Delhi.

The Udaipur Railway Station is another option to reach the destination. Cabs are available from both the airport and the railway station to Nathdwara. Buses are also available to the destination from Ahmedabad, Udaipur, Pushkar, Delhi, Ajmer and Jaipur.

The region of Nathdwara experiences extreme climate all round the year. The best time to visit this destination is between the months of October and March. Travellers can also plan short strips between July and September.

Nathdwara is Famous for

How to Reach Nathdwara