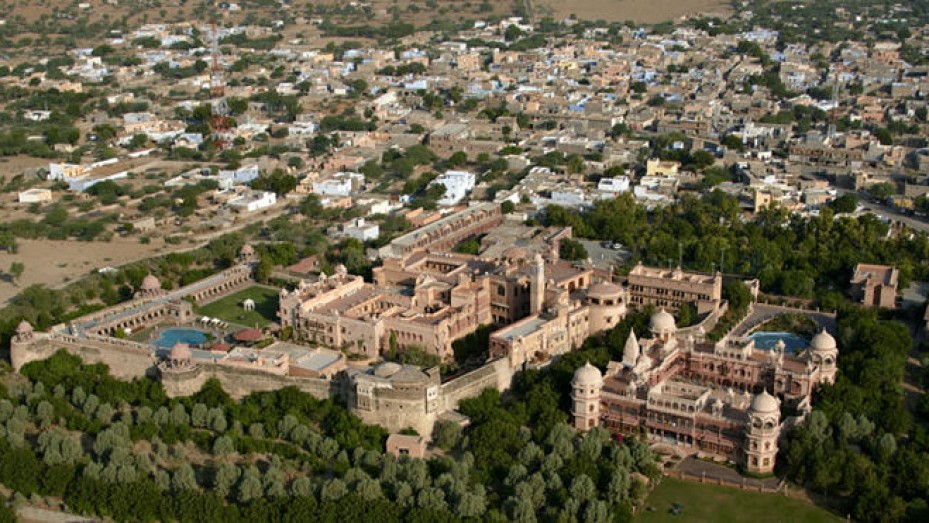 Khimsar Fort is the most popular tourist attraction of Khimsar, located at the edge of the Thar Desert. It was constructed by Rao Karamsiji, the 8th son of Rao Jodhaji, the founder of Jodhpur. This yellow-coloured fort was built in the 16th century in typical Rajputana style of architecture.

The lawn of the fort is spread over 11 acres, and it further enhances the beauty of the surroundings. Originally, the fort was constructed for the purpose of wars, and later on, in the 18th century the royal family shifted into it.

Zanana, a special wing exclusively for the royal women was later added. Half part of the fort is still occupied by the ancestors of the royal family while the other half has been converted into a heritage hotel. The fort has also been awarded the 'National Grand Heritage Aaward For Excellence' by the Indian Government.