Hyderabad - The City Of Pearls 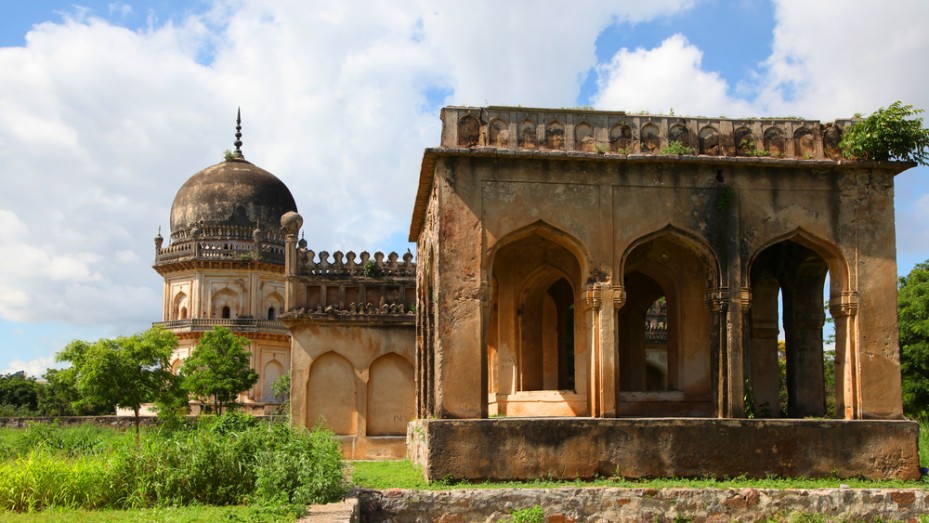 Hyderabad, a much sought-after tourist destination of southern India is the common capital city of Telangana and Seemandhra. The city, established by Muhammad Quli Qutb Shah of the famous Qutb Shahi dynasty in the year 1591, stands picturesquely on the shores the river Musi.

According to a local legend the city derives its name from the interesting love story of Bhagmati and Muhammad Quli Qutb Shah. It is believed that Bhagmati was a nautch girl or a dancer with whom the Sultan fell in love. Quli Qutb Shah named the city Bhaganagar after his love. He married her secretly after she converted to Islam and called herself Hyder Mahal. Accordingly, the name of the city was changed to Hyderabad. Hyderabad was ruled by the Qutb Shahi dynasty for almost a century until the Mughal emperor Aurangzeb invaded the southern part of India and took Hyderabad under his sultanate. It was in 1724 that Asif Jah I founded the Asif Jahi dynasty and took control of Hyderabad and the surrounding places.

The Asif Jahi dynasty established themselves as the Nizams of Hyderabad; a title that has stuck to them since. The illustrious history of the city dates back to the glorious era of the Nizams and spans over the period of colonialism. The Nizams formed a mutually beneficiary alliance with the British Raj and ruled over Hyderabad for more than two hundred years. The city remained the capital of the Nizams from 1769 to 1948. After the conduct of Operation Polo, the last ruling Nizam of Hyderabad signed the accession treaty with the Indian Union, making Hyderabad the capital city of Andhra Pradesh and part of independent India.

Things To Do In Hyderabad

Geographically, Hyderabad is interestingly located. It is at the juncture where North India ends and South India begins. As a result, Hyderabad has taken on the amalgamation of two different cultures, and this has been done beautifully. Since olden days, Hyderabad has been the capital of art, literature and music. In fact, the fine arts have majorly flourished under the patronage of the Nizams. The Nizams were known to be great lovers of the finer things of life and they did not hold back in encouraging deserving artists. The royal dynasty was also believed to be great lovers of food and they would invite cooks from all over the country to try out different cuisines.

Today, the local cuisine of Hyderabad is a combination of the best foods from different parts of the country. Nothing beats the taste of the local cuisine. The Hyderabadi Dum Biryani is a famous dish that is popular all over the world. In fact, almost every family of Hyderabad has secret recipes of various dishes that are passed on from one generation to another; almost like a family heirloom.

The City Of Old-world Charm

Today, Hyderabad is a prominent city in the world map because of the technological edge it has over other cities. Plenty of people from all across the country come to Hyderabad in order to earn their living by working in the hi-tech corporate offices. Despite the establishment of the techno parks, Hyderabad has still managed to retain its old-world charm of minars, bangle markets, khao gallis and forts. All these places tell you a story of the times that are gone by, but Hyderabad has managed to retain the essence of the bygone era of the Nizams and the nautch girls. A walk down the streets of the old city of Hyderabad will teach you many things that a history book could never do. Even now the Golconda fort resonates of the eternal love story of Bhagmati and Quli Qutb Shah; even now you can see the dignity and grace with which the local population lives.

Hyderabad is perhaps the only city in the country that has managed to retain its cultural identity while taking huge leaps in the field of technology. In the past two decades there have been several engineering colleges that have come up to meet the growing demands for engineers in the country. In fact, colleges in and around Hyderabad produce some of the best engineers in their respective fields. The evidence for this lies in the fact that many multinational companies have established permanent offices in the city and are aiming at growing big. Establishment of IT as well as ITES companies have given the youth of our country several job opportunities. Young crowd from all parts of the country throng to Hyderabad for education as well as for employment. All the modern facilities are easily available to all in the city.

The law and order of Hyderabad is well maintained by an able police force, making the city safe and secure for all at all times. All this has been possible because the local population is accepting of the new changes while they still maintain their cultural uniqueness.

Tourist Places In And Around Hyderabad

Hyderabad is a true delight for travellers and has many wonders in store for both backpackers and historians. Some popular tourist destination in and around Hyderabad are the Charminar, the Golconda Fort, the Salar Jung Museum and Hussain Sagar Lake to name a few.

The weather in Hyderabad can turn extremely hot even during the winter months. Hence, one should travel to the city only when the climatic conditions are suitable.

How To Reach Hyderabad

The excellent connectivity Hyderabad enjoys by air, by rail and by road makes it a favorite destination for domestic and international travellers.

Hyderabad is Famous for

How to Reach Hyderabad