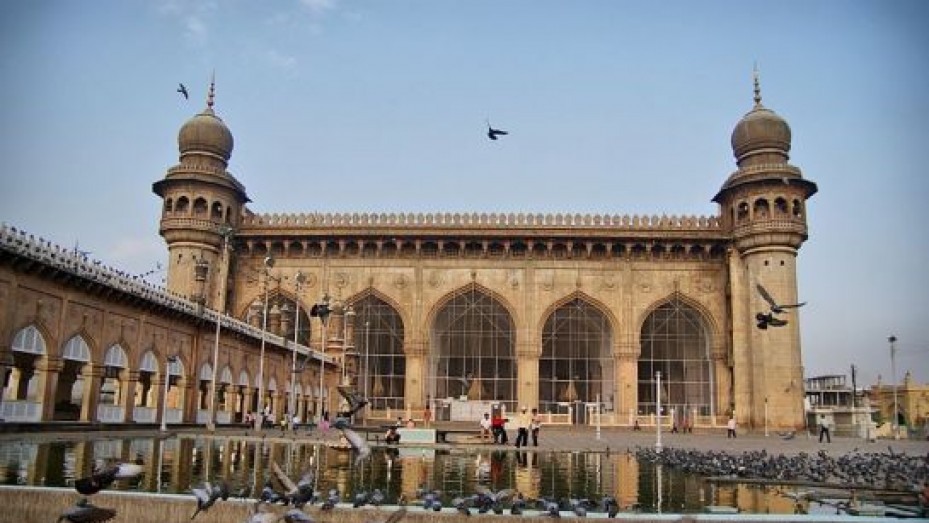 Mecca Masjid is not only the oldest mosque in the city of Hyderabad, but also has the distinction of being one of the largest mosques in the country. Apart from having religious significance for the Muslims, the mosque also has historical importance and is a heritage building protected by the state government.

The masjid is a popular tourist attraction since it stands quite close to other popular and historical destinations like Charminar and Chowmahalla Palace. Muhammad Quli Qutb Shah started the construction of the masjid in the 16th century. The bricks used for the construction were prepared using the soil brought from Mecca. These bricks were used to prepare the central arch. The masjid literally as well as symbolically is the central point around which Quli Qutb Shah built his empire. An interesting feature in the masjid is the room situated within the patio of the masjid. It is believed that a hair from the head of Islamic Prophet Mohammed is preserved here.