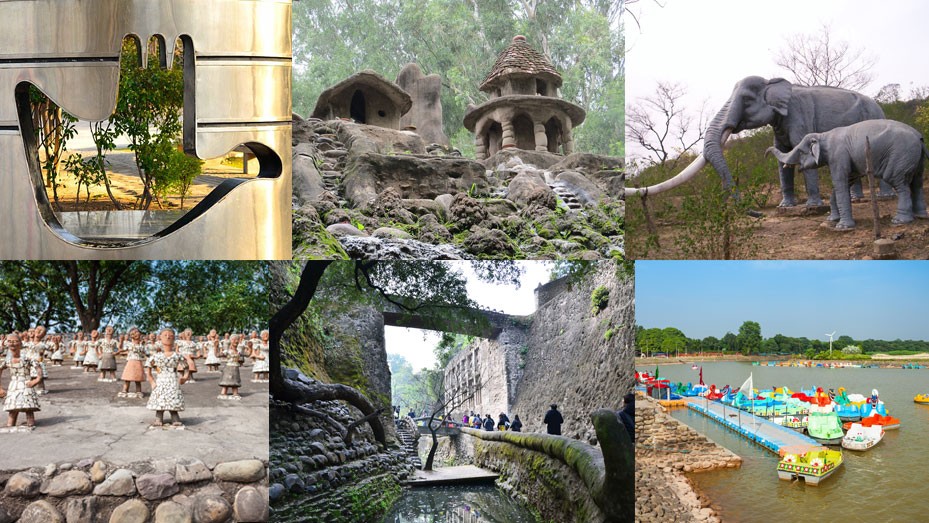 Situated near the Shivalik foothills in northwest India, the Union Territory of Chandigarh is the capital of two Indian cities namely, Punjab and Haryana. Its name is derived from an ancient temple that is located on the site and is dedicated to the Hindu Goddess, Chandi. With its urban design and architecture, Chandigarh is acclaimed worldwide as the first planned city of India.

When Punjab required a new capital to replace Lahore, after the partition of India, the then Prime Minister of Independent India, Jawaharlal Nehru, decided to construct a new planned city. A French architect and urban planner named Le Corbusier was called in to design the city of Chandigarh during the 1950s. On the 1st of November 1966, this well-planned city was declared a union territory and also the capital of Punjab and Haryana.

Tourist Places In And Around Chandigarh

One of the largest creations of Le Corbusier, ‘The Open Hand’, still stands inside the city at the Capitol Complex. Housing the three bodies of the democratic system and the city emblem, the Capitol Complex is a major attraction for tourists visiting Chandigarh. Another popular spot that gives a boost to Chandigarh tourism is the internationally acclaimed Rock Garden that is an abode of culture and art. The city is also home to some interesting museums like the International Dolls Museum and the Government Museum and Art Gallery.

The forest area to the north of Chandigarh attracts a large number of wildlife lovers. Kansal and Nepli forests form a prominent part of the rich flora and fauna, but the most widely renowned spot in the area is the Sukhna Wildlife Sanctuary. A part of the Sukhna Lake Catchment, this sprawling natural reserve is home to a wide variety of mammals, birds and reptiles. Another such attraction is the Chhatbir Zoo located in Mohali near Chandigarh. Rose Garden and Gurdwara Koohni Sahib are the other attractions you can visit here.

How To Reach Chandigarh

Chandigarh is Famous for

How to Reach Chandigarh