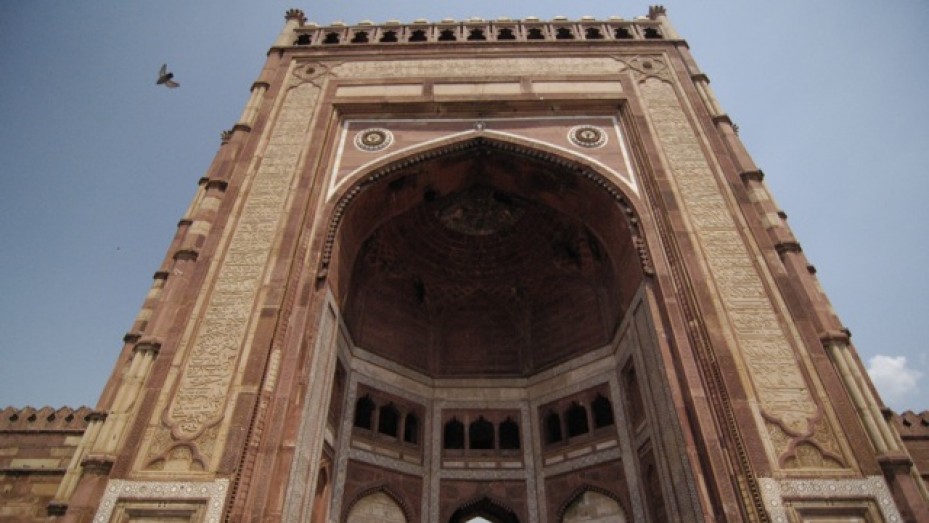 The Buland Darwaza or Great Gate was initially built in the early part of the 17th century to commemorate Emperor Akbar’s victory over Gujarat. The elaborate stone structure is influenced by typical Persian-Mughal designs. This 15-storeyed high gateway is at the southern entrance of the city of Fatehpur Sikri. A Persian inscription on the Buland Darwaza records Akbar's conquest over Gujarat in the year 1601.

The Persian inscription of the gate signifies the open mindset of Akbar and is often used as an example by historians to show the importance of diverse traditions and culture. The wide, solid sandstone structure resembles a large tomb with doors on all sides. Several visitors come here to experience the peaceful view and study the beautiful art on the walls.

The Buland Darwaza is constructed of red and buff sandstone and has white and black marble carvings in the interiors. The structure has a symmetrical plan, stylised battlement and is topped by pillars and chhatris.