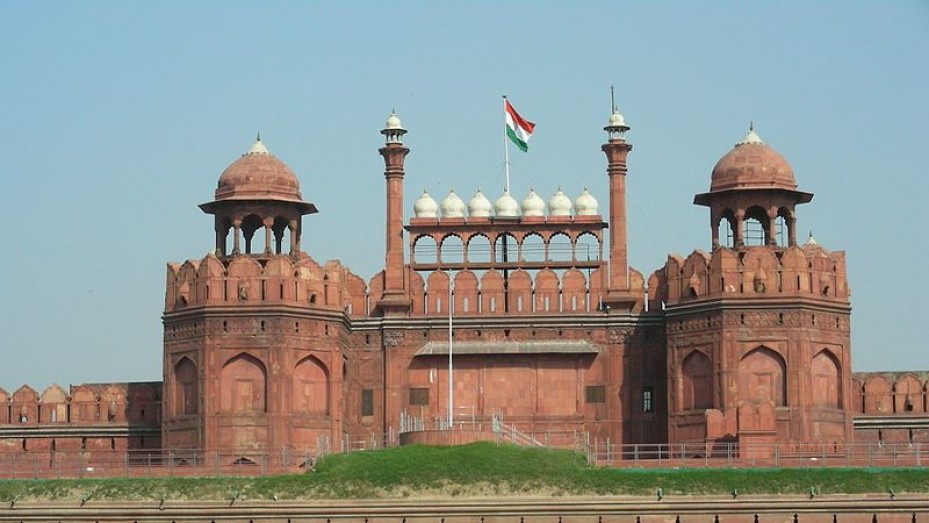 The Red Fort (Lal Qila) is the new name of the famous Qila-e-Moalla (The Exalted Fort) which was built as the focal point of Shahjahanabad which was then the new capital city. The fort was established during the mid 17th century. The fort was designed by Ustad Ahmed, and the construction began in 1639 which continued till 1648.

However, additions to the fort were done through the 19th century. The huge fort is built in red stone and is one of the magnificent palaces of the world. The fort is spread across 2.41 km, and the two main gates to the fort are the Lahore Gate and the Delhi Gate. The Lahore Gate leads to the Chatta Chowk which was the market place which catered to the royal families.

The Red Fort is a UNESCO World Heritage Site. This beautiful monument has several marvellous structures in it. The Diwan-i-Aam is one among such palatial marvels. This is where the King addressed the problems and complaints of the commoners. Then there is Diwan-i-Khas which was meant for private meetings and conferences.

The Moti Masjid was a later addition to the fort. The masjid was a private mosque built by Mughal emperor Aurangazeb. Chatta Chowk, transliterated as 'the covered bazaar', is a shopping location at the Red Fort, Delhi. This was an area where silk, jewellery and other goods that catered to the royal household were sold during the Mughal period.

Diwan-i-Aam or the Hall of Public Audiences is the hall in the Red Fort where the emperor Shah Jahan used to address the problems and complaints of the commoners. He would hear the complaints through a balcony (jharokha) seated in a canopied alcove.

Diwan-i-Khas (Khas Mahal) or the 'Hall of Private Audience' is situated inside the Red Fort in Delhi. The hall was where private meetings and conferences with courtiers and state guests were held by emperor Shah Jahan.

The Moti Masjid is a mosque located to the west of the Hammam (Royal Baths) at the Red Fort. Mumtaz Mahal is one of the women's courtyards of Zenana in the Red Fort, which is currently a museum. The palace is built at the southernmost end of the row of palaces.

Mumtaz Mahal is one among the six mansions built in Red Fort by emperor Shah Jahan. The Naqqar Khana marks the entrance to the Rang Mahal in the Red Fort. This three-storeyed building was used to play music five times a day at promising hours. The structure was also called Hathipol as those who visited the palace would dismount from the elephants at this place.

The Rang Mahal at Red Fort or the 'Palace of Colours', which is also known as the Begum Mahal, is where emperor Shah Jahan housed his wives and mistresses. Every year the Prime Minister hoists the National Flag here to mark the Independence Day.

During evenings, sound and light shows are conducted that describe the Mughal history. There is also an archaeological museum and Indian War Memorial Museum. The Fort is open from 8 am to 6 pm everyday, except Mondays. The amenities of the fort include guides, a small canteen, toilets, wheelchair access and parking space.