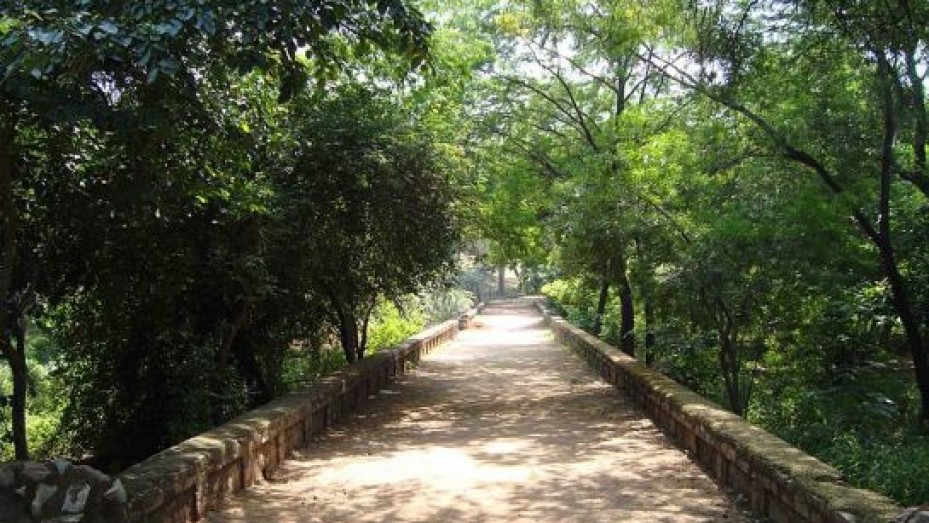 Delhi Ridge or just The Ridge is a high ground in Delhi and is an extension of the ancient Aravalli Range. Better known as Delhi's green lungs for it allows the flow of some fresh air and protects the city from the hot winds of the Rajasthan's deserts, it has also earned Delhi the prestigious tag of world's second most bird-rich capital with Nairobi of Kenya grabbing the first place.

The ridge is known for containing quartzite rocks and has been divided into the following four zones for administrative purposes: The Old Delhi or Northern Ridge, The New Delhi or the Central Ridge, Mehrauli or South Central Ridge and Tughlaqabad or Southern Ridge. While present on the south-central part of the ridge is the Aravalli Biodiversity Park, there are many interesting monuments located in the northern part of the ridge. Let us learn a bit about them all.

Aravalli Biodiversity Park: Spread over an area of 692 acres, it is surrounded by the Mehrauli-Mahipalpur Road, Jawaharlal Nehru University, Palam Road, NH-8 and Vasanth Vihar. Maintained by the Delhi Development Authority and the University of Delhi, a good amount of money was spent on its development and restoration.

Ashoka Pillar: The pillars of Ashoka are a range of pillars spread across northern India. Columns with Ashoka's edicts inscribed upon them, there are a total of nineteen in number spread across North India. Two of these are in Delhi Ridge's northern portion. These were originally present at Meerut and Topra of Haryana but are said to have been brought to Delhi by Feroz Shah Tughlaq in 1356.

Flagstaff Tower: This structure is present in the Delhi University campus. Built by the British Indian Army during 1828, it was used as a signal tower, and the structure played a major role during the Indian Rebellion of 1857. It was in the same room that many of the European families took shelter during the siege of Delhi in the 1857.

Pir Gharib: This structure used to be an observatory. It also was a hunting lodge of the 14th century and was built by Feroz Shah Tughlaq and can be found present on the Northern Ridge.