Vrindavan - The Divine Dance At Vrindavan 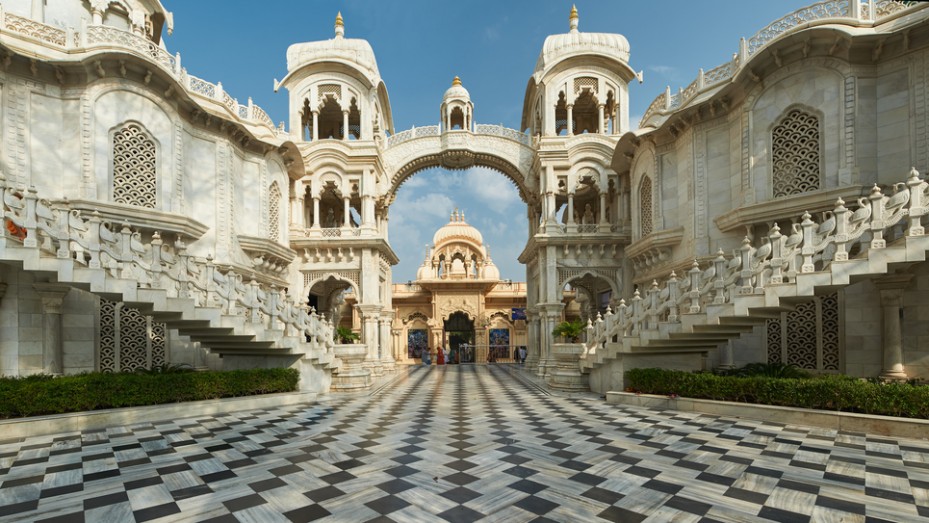 The town of Vrindavan is revered by the Hindus as the place where Lord Krishna spent his childhood on the banks of the river Yamuna. Various documented events show that it is here in Vrindavan that Krishna performed the divine dance, spread the message of love with Radha through raasleelas, stole the clothes of the gopis while they were bathing and destroyed several demons. It is little wonder that Vrindavan is a major pilgrimage destination for the Hindus and has about 5000 temples to its credit.

Vrindavan consequently lost some of its essence but was rediscovered by Lord Chaitanya Mahaprabhu in 1515 when the revered saint visited the town in search for all the lost places associated with Lord Krishna. He wandered through the sacred forests of Vrindavan and with his spiritual powers, he was able to locate the holy places in and around the town. Ever since, Vrindavan has been visited by all the great Hindu saints at least once in their lifetime. Visit the town and you will be able to observe people chanting Radhe-Krishna while performing their day-to-day activities.

Tourist Places In And Around Vrindavan

As said above, Vrindavan has about 5000 temples and is one of the most important pilgrimage centres of the Hindus. Some of the temples are very ancient while there are many others that were destroyed by some Mughal rulers, particularly, Aurangzeb. However, some still survive to tell the tale and bring to life various anecdotes from Lord Krishna’s life. Some of the more prominent temples include Banke Bihari Temple, Rangji Temple, Govind Dev Temple and Madan Mohan Temple. The ISKCON Temple is a more recent addition and to a large extent it caters to foreign visitors in search of peace and enlightenment. Vedic knowledge and the teaching of the Shrimad Bhagwad Geeta are also done in English.

Some of the temples are dedicated to Lord Krishna’s consort, Radha, such as Radha Gokulananda Temple and Shree Radha Ras Bihari Ashta Sakhi Temple. The ashta sakhi refer to the eight friends of Radha who played an important role in the love play between her and Krishna.

Apart from the temples, Kesi Ghat is also the focal point of visitor activities. According to Hindu belief, a dip in the sacred Yamuna River absolves all sins and so visit the ghat (stone steps leading to the water) and you will see people taking a dip to purify themselves. Several rituals and the evening aarti (fire worship) are also performed here.

How To Reach Vrindavan

Vrindavan can be reached by air, rail and road. The nearest airport is at Delhi.

The ideal time to visit Vrindavan is between November and March.

Vrindavan is Famous for

How to Reach Vrindavan