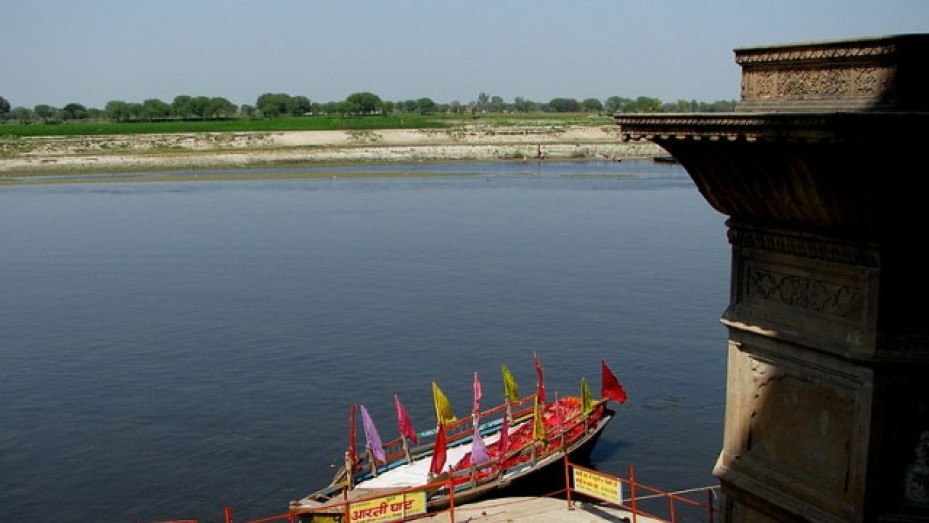 The river Yamuna, one of the most sacred rivers in India, begins its journey from the glacier Yamunotri at a height of 6,387 m on the slopes of Banderpooch in the Himalayas in Uttarakhand and then weaves its way southwards toward Delhi via Vrindavan and Mathura.

The part of the river close to the Kesi Ghat at Vrindavan is considered to be most sacred. It is said that Lord Krishna bathed here after defeating the evil demon Keshi. Hindus also believe that a dip in the river would absolve them of their sins.

There are several ghats or stone steps leading to the waters. It is on these ghats that various rituals are performed and activities take place including the mystical aarti (Fire Worship) in the mornings and evenings.