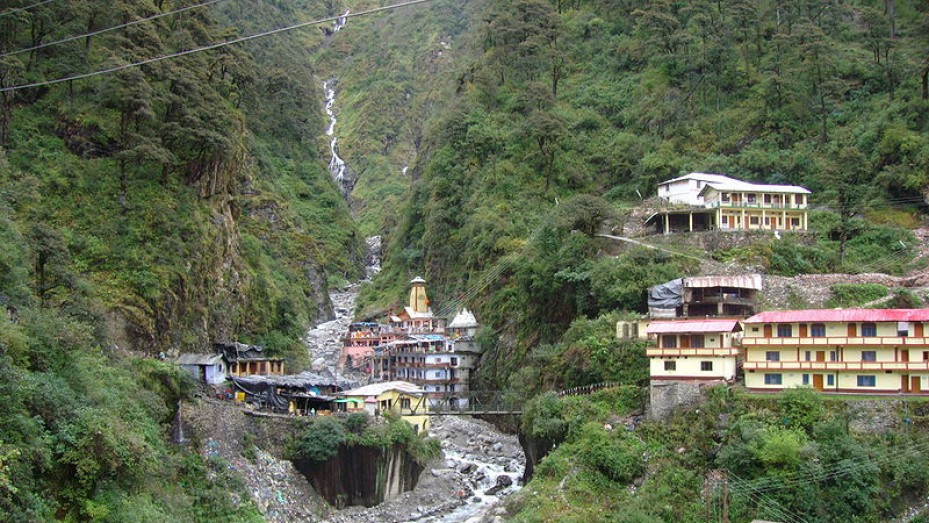 Yamunotri is the origin of the holy river Yamuna and is located at an altitude of 3293 m above sea level on the Bandar Poonch Parvat. Geographically, the river Yamuna originates from Champasar Glacier, perched at an altitude of 4421 m above sea level. This glacier is located at a distance of about 1 km from the holy shrine of Yamunotri, which is quite difficult to reach. The destination is situated close to Indo-China Border. Trekking up to Yamunotri requires a day and the route traverses through dense forests and uneven terrain. Devotees can also hire horses and mules to reach the shrine.

Tourist Places In And Around Yamunotri

The region lies under the administrative division of Garhwal, in the state of Uttarakhand. Yamunotri is one of the four important pilgrimages (known as the Char Dham) for the Hindus. The prime attraction of the destination is the Yamunotri Temple, dedicated to the Hindu River Goddess Yamunotri. Hot thermal springs located at Janki Chatti are also counted amongst the chief attractions of this region. Surya Kund is considered to be one of the most significant hot thermal springs. To prepare the prasad, rice and potatoes are put in a muslin cloth and thereafter, dipped into the boiling water of the hot spring.

On their way to the holy shrine of Yamunotri, many tourists take a rest at Badkot, which is a town situated at a distance of 40 km from Dharasu. Along with beautiful apple orchards, this place is popular for ancient temples. Furthermore, the Hanuman Chatti is another popular tourist spot near Yamunotri and is a renowned trekking site.

How To Reach Yamunotri

To reach Yamunotri by air, travellers can book their tickets up to the Jolly Grant Airport of Dehradun, which is nearest airbase. The nearest railway stations to the destination are that of Rishikesh and Dehradun. Additionally, bus services are available from nearby cities to Yamunotri. Tourists can even avail taxi and cab services to reach Hanuman Chatti and thereafter, trek up to Yamunotri.

The summer season extends between the months of April and July in Yamunotri, which receives scanty rainfall during monsoons. During winters, the region receives heavy snowfall and the temperature drops down to subzero level. May-June and September-November are considered ideal for visiting Yamunotri.

Yamunotri is Famous for

How to Reach Yamunotri