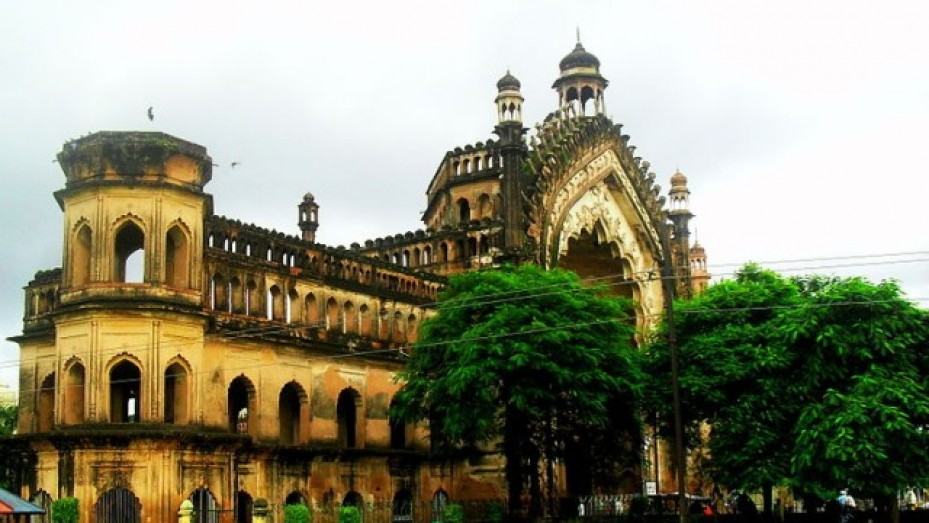 Rumi Darwaza, also known as Turkish Gate, was named after a great 13th century Muslim Sufi mystic, Jalal ad-Din Muhammad Rumi. This sixty foot tall gate was built by Nawab Asaf-ud-Daulah in the year 1784. The gate is a magnificent example of Awadhi style architecture and is regarded as a gateway to the city of Lucknow.

A huge lamp was placed atop the gate during the era of the Awadh Nawabs to light up the passage at night. The sight became all the more captivating when the streams of water gushing from the beautiful bud-shaped fountains close by formed an arch on the gateway.

The real tribute to the gate as well as the road leading to it was paid by Russell, a correspondent of the New York Times, who was covering the entry of the British army in Lucknow in 1858. He reported that the passage from the Rumi Darwaza to Chattar Manzil was “the most beautiful and spectacular cityscape that he had ever seen, better than Rome, Paris, London and Constantinople.”