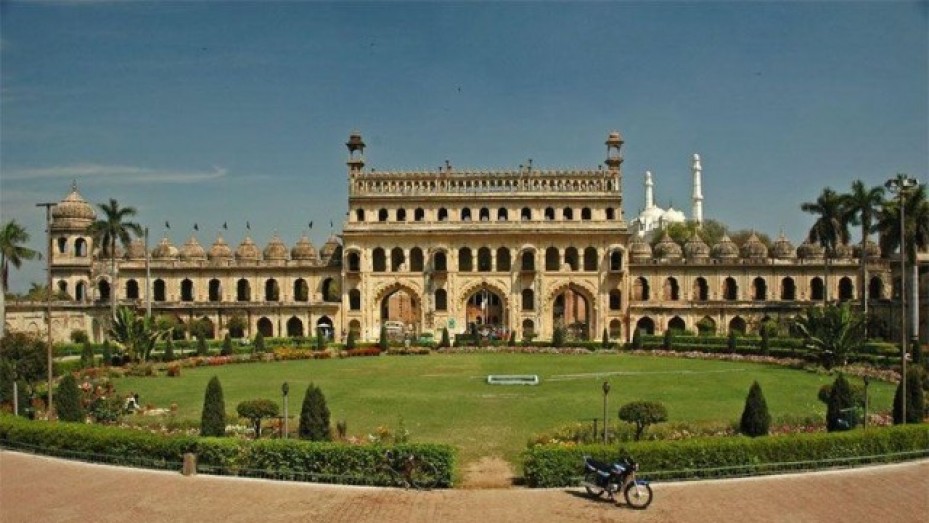 Bara Imambara means a big place of worship. It is also called Asfi Imambara after the name of Asaf-ud-Daulah, the Nawab of Lucknow, who built it in the year 1783. The imambara is one of the most magnificent buildings in the city. The complex comprises a shrine, bhul bhulayian — labyrinth, a bowli or a step well, and also the grave of the late Nawab, which is located under a canopy.

The architectural design of the Imambara incorporates typical decorative Mughal style as represented by the Badshahi Mosque of Lahore in Pakistan, which is considered to be the fifth biggest mosque in the world.

A striking feature of its design is that it does not use iron or incorporate any feature of European style architecture. The ceiling of the 50x16x15 m central hall of the building does not have any supporting beams.

Bara Imambara is known for its labyrinthine and confusing passages that interconnect with each other and have 489 doorways. It is believed that there is a mile long tunnel (now blocked) that leads to the Gomti river.