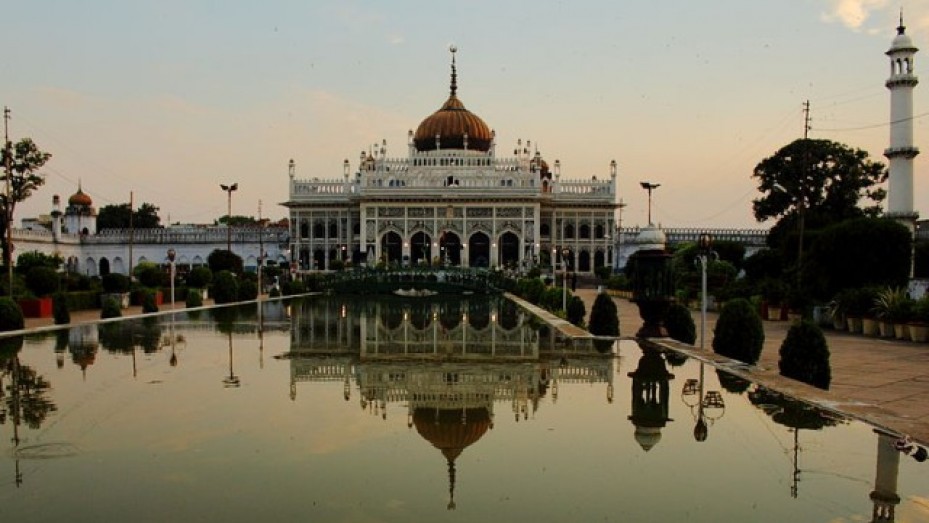 Chota Imambara or the small shrine is, in fact, a magnificent monument in Lucknow. Also called Hussainabad Imambara, it was built in the year 1838 by Mohammad Ali Shah, the third Nawab of Awadh. It is situated near the Chowk in the old city area of Lucknow. The Imambara was built as the last resting place - mausoleum of the Nawab.

It houses his grave and also the graves of his family members. Since it was built during the famine, it provided livelihood through the Food for Work Program to thousands of labourers who worked for its construction. The design of Chota Imambara with its gilded white dome, turrets and minarets are based upon the Charbagh pattern.

The extensive use of glass work in the building reflects Persian style of architecture. The walls are inscribed with Arabic calligraphy. Chota Imambara is also called the Palace of Lights given that it is illuminated during the festivals. The chandeliers decorating the interior of the monument were imported from Belgium.