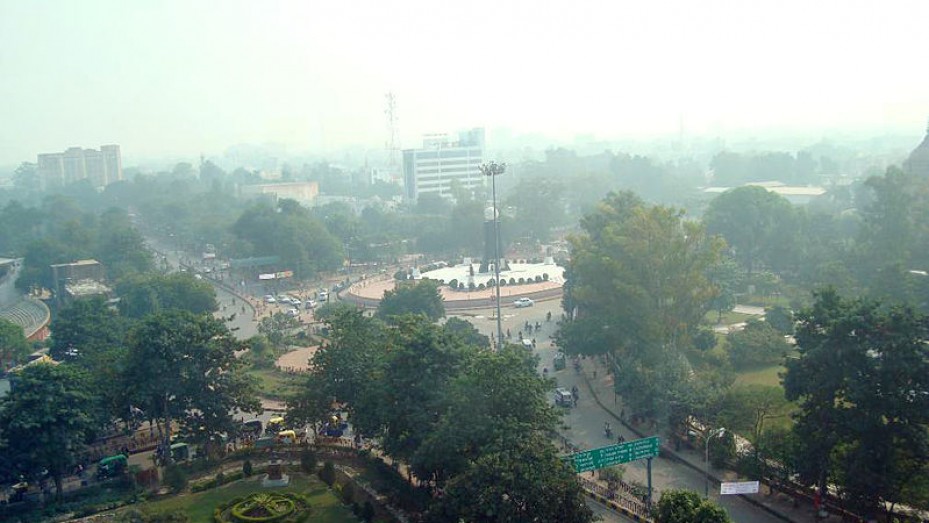 Chowk, a kind of plaza in Lucknow, is an iconic public place. Its history dates back to the mid eighteenth century. It had three important historical landmarks in it, Gole Darwaza, the Tomb of Shah Mina, a Muslim saint and a fort palace called Panch Mahal, which later came to be known as Machchi Bhawan in 1766.

There were two reasons for the change in name of the Panch Mahal. One, the fort had twenty-six arches and each arch had an emblem of two fishes or Machchi on it. The second reason was that its owner, a Shiekh was conferred the title of Mahi Martib or the honour of Fish by the Mughal Emperor.

Moreover, a fish is also considered an auspicious animal. The emblem of fish can still be viewed not only on several buildings in the Chowk, but also on the seals of the government. The chowk has grown in popularity and gradually become the hub, a core of the old city of Lucknow. A large variety of important public, cultural, historical and commercial buildings have come up around it.