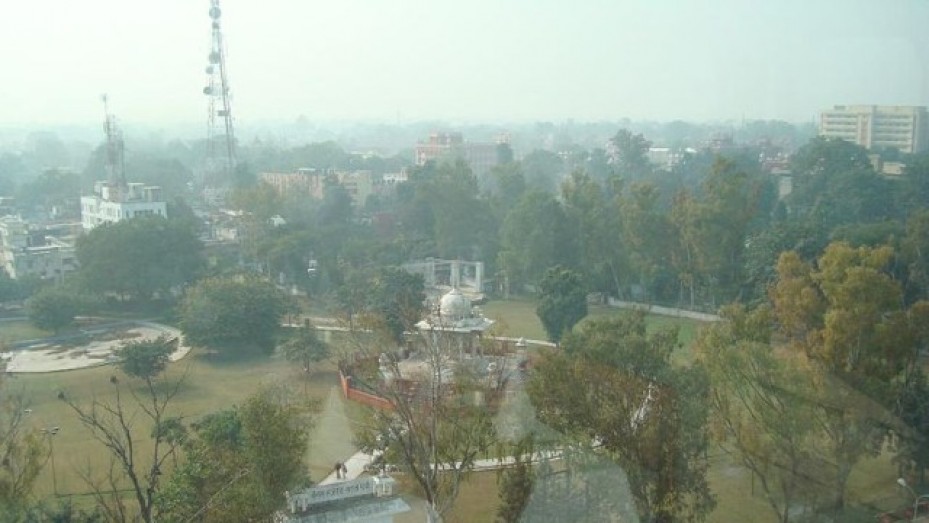 Begum Hazrat Mahal Park was built in the memory of the wife of the last Nawab of Awadh, Nawab Wajid Ali Shah and is named after her. It stands in the centre of the city just close to Hotel Clarks Awadh. The begum took charge of the affairs of Lucknow after her husband was deported to Kolkata.

She put up a brave fight against the British but was forced to take refuge in Nepal where she died in 1879. Post-independence, the UP Government built a memorial in her name and opened it to the public on 15th August 1962.

The memorial contains a marble tablet with four circular brass plaques and the coat of arms of the royal family of the state of Awadh. The park has now become a haven for the morning walkers. It contains beautifully landscaped grassy lawns interspersed with marble pathways.

The evenings offer a delightful feast to the eyes when the fountains start gushing arched streams of water as the park and the artificial ponds in it are covered with a flood of light.