Dudhwa – In The Land Of The Royal Tiger 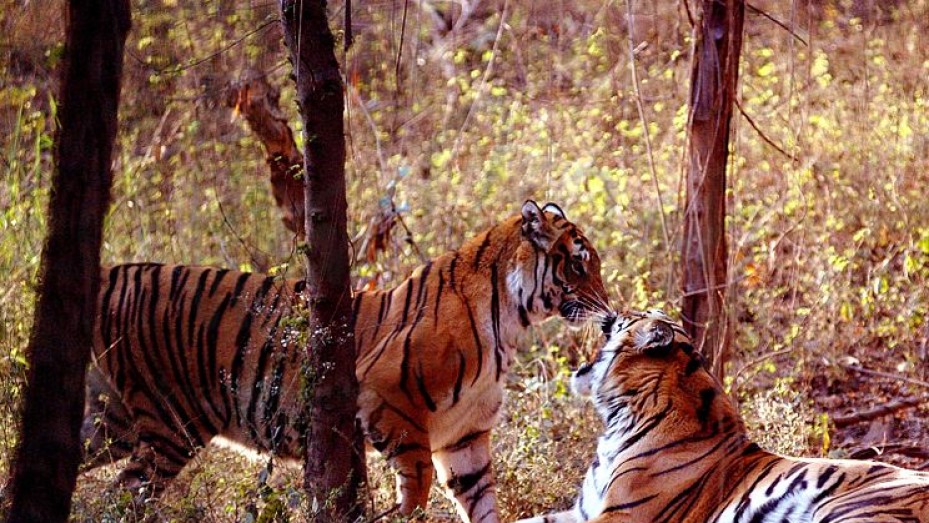 Dudhwa is synonymous with the Dudhwa Tiger Reserve which is located in the sub-Himalayan region referred to as the Terai region of Uttar Pradesh. The park is located along the Indo-Nepal border in the Lakhimpur-Kheri District. The last remnant of the Terai region, Dudhwa is counted amongst the most endangered ecosystems on the planet.

The Mohana River, which flows along the Indo-Nepal border makes the northern boundary of the park while the River Suheli forms the southern boundary. The region is mostly alluvial plain, interspersed with lakes, pools and numerous rivulets. The extremely rich and fertile Indo-Gangetic plain supports the diverse flora and Sal and other forests within the park.

The national park is home to a wide range of fascinating wildlife. Some of the animals that rule the roost here are leopard cat, fishing cat, ratel, civet, jackal, hog deer and barking deer. It also houses the hispid hare, believed to have become extinct in 1951 and then rediscovered in 1984 to the delight of the conservationists. The other major attractions include the short nosed crocodile as well as pythons and monitor lizards that can be seen on the banks of the river.

Dudhwa is a treasure trove for the bird enthusiasts. The park plays home to about 400 of resident and migratory birds. The swamps and lakes within the park attract a variety of water fowls and other migratory water birds. The best viewing within the park is the Banke Tal where you can see egrets, geese, cormorants, heron, and several species of duck, and teal. A variety of storks such as, white-necked storks, painted storks, and open billed storks are also found within the waters and giving them company in the air are the birds of prey. Not to forget the colourful birds such as woodpeckers, barbets, minivets, bulbuls, and kingfishers doing their bit to add to the vibrancy of the environment.

November to March is the ideal time to visit this National Park.

Dudhwa is Famous for

How to Reach Dudhwa