Nativeplanet
»
Travel guide
»Beautiful Destinations For The Month Of November!

Beautiful Destinations For The Month Of November! 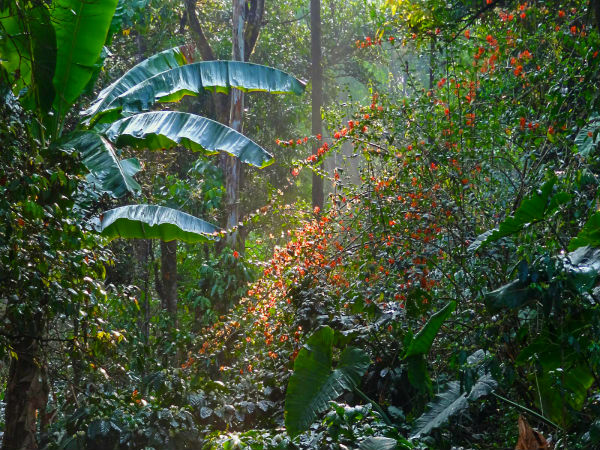 One of the most beautiful months of the year is the month of November-the weather is pleasant and delightful-making it one of the best times to travel. The monsoon rains would not drench your travel plans and the onset of winter ensures that you would not be sweating it out. It is also that time of the year when many regions are celebrating colourful and cultural festivals.

November is the month of relaxation when it comes to the weather which impresses the travellers who want a rejuvenating holiday. While the northern part of the country takes a break from the scorching summers, the eastern parts bids adieu to the monsoons. On similar lines are the southern and western parts of the country which begin to cool down and prepare to welcome their visitors. 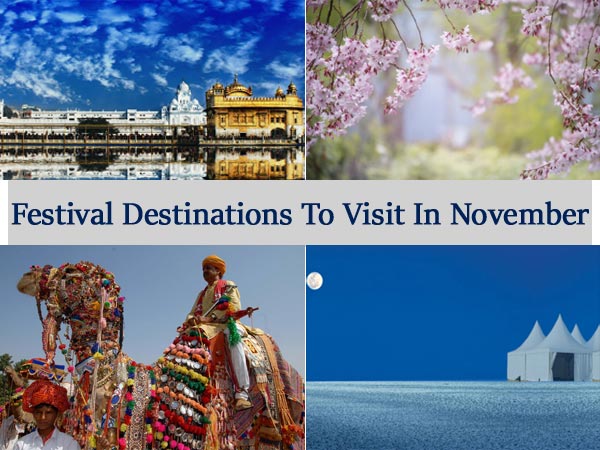 Festival Destinations Of India Every Traveller Must Visit This November

Due to the pleasant weather, travellers and tourists from across the globe find the month of November to be one of the best times to visit India. Have a look at some of the best destinations to head to during this beautiful month of travel.

Port Blair is the capital of the beautiful Andaman and Nicobar Islands. The city is also historically significant; the city portrays itself to be one of the best places to visit during the month of November. Apart from sightseeing one can indulge in various adventure sports, such as snorkelling, scuba diving and enjoy a ride on a sea cruise.

The city is also home to many gorgeous islands which can be visited in a day; exploring these islands educates you about this blissful land.

Pondicherry or Puducherry is a graceful union territory in southern India, which is proud of its elegant coastline and exhibits the finery of a bygone era. The place was one of the French colonies in the country. Although the French left the place after independence, their influence and aura can be felt in almost very nook and corner of this coastal town.

Fondly called Pondi, it offers a very unique combination of a fascinating heritage along with spirituality. If you want to visit France, but are not able to, well then, head to this beach town which offers an excellent holiday without burning a hole in your pocket.

Sonpur is a sleepy yet a very pleasing town which bursts into life during the month of November. It is in this month that the town hosts the annual Sonepur Cattle Fair, which is truly a spectacle and an experience you would cherish for a lifetime.

The fair is held on a full moon day and is also known as the Harihar Kshetra Mela. At the fair, farm animals and cattle are sold and bought. Apart from farm animals, one would also find elephants, horses, camels, dogs, ponies and many more species. Sonpur is definitely a place that offers a very different holiday experience.

Bhuj is a small city which exhibits a certain charm, that attracts visitors in large numbers. Situated at a very close proximity to the Rann of Kutch, Bhuj has emerged to become a stopover for people who are headed for the high-spirited Rann Utsav.

The Rann Utsav is celebrated from November to February every year and throws light on the cultural diversity of Gujarat. The festival this year has already kick-started on the 1st of November and would bring its flag down on 20th February 2018.

Also known as the Golden City, Jaisalmer is one of the best places to head to for a holiday in the month of November. The place exhibits its rich history, charming culture and arresting architecture which can all be witnessed in this city located in the Thar Desert.

The desert cools down significantly during this time which makes it one of the best times to pay a visit to the city and take a walk along its streets, shop at the numerous local markets and treat your taste buds to some Rajasthani delicacies.

Well known for its coffee and spice plantations, Coorg is also considered as one of the best honeymoon destinations in the country especially during the winter months. The place is also known as Kodagu and is one of the most charming hill stations in the state of Karnataka. Fondly called the Scotland of India, Coorg exhibits the best of natural beauty, delicious food, temples, heritage structures and much more; all this makes you fall in love with the place.

Hampi is a magnificent reminiscence of the glorious Vijayanagara kingdom which is truly paradise for a history buff. It is a destination filled with splendid architectural ruins, royal pavilions, bastions, royal platforms and many more structures which speak volumes about the once wealthy and glorious Vijayanagar capital. Precious stones were sold like groceries in the market place here.

With its towering temples, Hampi is surrounded by waves of green fields, palm groves and never-ending stretches of banana plantations which further add on the charm of the place.

Varanasi is considered as one of the oldest cities not just in the country, but also across the world. The place witnesses a large crowd of tourists due to the presence of the river Ganga, ancient temples, ashrams, ghats and much more.

Most of the people who come to this town do so for its religious values. The place is considered as one of the holiest pilgrimage destinations amongst the followers of Hinduism.

Varanasi hosts one of the most colourful and vibrant events called Ganga Mahotsav or Dev Deepawali during the month of November. As part of the festivities, vibrant cultural events are organised and the last day of the festival is marked by lighting earthen lamps across the banks of river Ganga. The lamps are allowed to float on its waters which makes for an attractive sight.