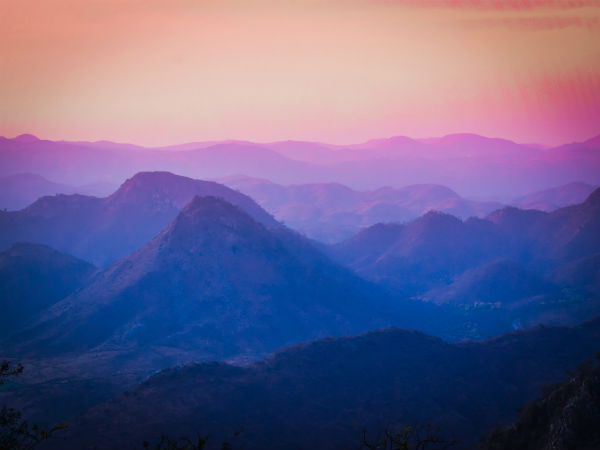 Honeymoon is one of the most cherished experiences in one's life. It is the time when the newly wedded couples begin their journey together and get to know each other better. The experiences get better with the choice of destination, it is not necessary that one has to travel out of the country to spend time together.

One of the major factors which influence the choice of place is the cost factor; well, not all the destinations would come easy on your pockets. To make things easier for you, we bring you a list of pocket-friendly destinations which are equally beautiful and charming, closer home. Have a look at them and make your choice.

Spread in the lap of the Eastern Himalayas, Darjeeling is a charming destination which is refined with the spectacular snow peaks and a jaw dropping scenic beauty.

The place is one of the best budget destinations in the country with plenty to offer. While here, one can head to the Khangchendzonga for a mesmerizing view of the sun rising atop the Tiger Hill.

Some of the other places of interest here are the Batasia Loop, Ghoom Monastery, the Mall Road along with the Padmaja Naidu Zoological Park.

If the two of you are adventure junkies, then Nainital is the place for you to head out on your romantic endeavor. The place is filled with charming lakes, breathtaking peaks, valleys, lush meadows and much more which would leave you dumb folded.

The place gets its name from Naina devi, whose shrine can be found at the banks of the Naini Lake. One must trek up the Naina Peak, also known as Cheena Peak, which happens to be the highest point in the area for beautiful views of the entire region.

Are beaches on your list? If so head straight to Kovalam which is located at a distance of approximately 16 km from Trivandrum. Kovalam is well-known for its multiple beaches which attract quite a number of visitors from across the globe. One can also find quite a number of options for staying ranging from luxurious ones to pocket friendly ones and also a number of shacks across the shore line.

Munnar is one of the exotic hill stations in the Western Ghats of Kerala which is known for its charm created by its greenery and tea estates and mist covered surroundings.

The place gets its name due to the flow of three rivers Munnar in translation from Malayalam means three rivers. Munnar showcases some of the best examples of wildlife at its Eravikulam National Park and is one of the best places to establish an instant connection with Mother Nature.

Located amidst the majestic mountains of Karnataka, Coorg or Kodagu is the place that captures you with its constant misty landscape. Coorg is well known for its breathtaking scenery and lush greenery along with its spice and coffee plantations which further add on to the overhaul beauty and charm of the place.

Fondly called as the ‘Scotland of India’, Coorg, without any doubts, would truly increase the romance within oneself given its beautiful ambiance.

Situated in a valley which is surrounded by four lakes, Udaipur showcases a perfect mixture of natural monuments along with manmade ones, making it one of the most beautiful and memorable destinations in the country. The place is also known as ‘Jewel of Mewar’, ‘Venice of the East’ and many more such titles.

Amidst the setting of Lake Pichola, Udaipur is also one of the most romantic cities and is at times also called as the ‘Kashmir of Rajasthan’. Keeping aside the lakes, the historical city is filled with forts, palaces, temples and many more monuments which would not disappoint its visitors.

Comments
Read more about: travel india nature beaches hill stations
Other articles published on Nov 5, 2017
We use cookies to ensure that we give you the best experience on our website. This includes cookies from third party social media websites and ad networks. Such third party cookies may track your use on Nativeplanet sites for better rendering. Our partners use cookies to ensure we show you advertising that is relevant to you. If you continue without changing your settings, we'll assume that you are happy to receive all cookies on Nativeplanet website. However, you can change your cookie settings at any time. Learn more
Change Settings Continue