Thiruvananthapuram - The Wonder Land of Kerala 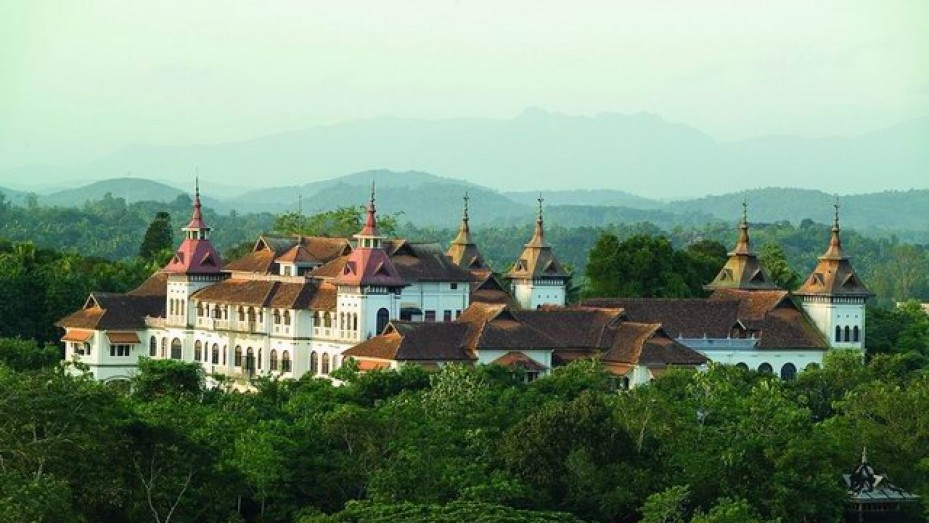 Thiruvananthapuram is the capital city of God’s Own Land. It is often called Trivandrum, a derivative of the original name given by the British. The city was officially called by that name till the government decided to restore the original name in 1991.

It lies on the southern tip of India in the west coast. It has been a ‘must visit’ destination for ages and in recent times National Geographic Traveller has listed it as one. Mahatma Gandhi has titled this place as the “Evergreen city of India”.

Trivandrum is counted in the list of ‘10 Greenest Cities in India’. Trivandrum can boast of its many guests it received beginning from Parasuraman to medieval explorers like Fa Hien, Marco Polo, Columbus, Vasco da Gama, and many more which are not mentioned in history books.

Thiruvananthapuram stands on the banks of the Killi and Karamana rivers. Tamil Nadu lies on its east and the Arabian Sea surrounds it in the west. Being located on the Western Ghats, the place is covered with panoramic lush greenery that makes Thiruvananthapuram a perfect getaway.

It is named after the legendary serpent with thousand heads, Anathan, on whom Lord Vishnu reclines. The city gets its name from the residing idol of Sri Padmanabha Swamy Temple which is located in the heart of the city.

The city lies on seven coastal hills, which has become a bustling city but has not lost its past glory. According to local beliefs, Sage Parasurama fought for this land against the Sea God, Varuna. The mighty and just King Mahabali ruled this exquisite land before he was sent to Patal Loka.

Tourist Places In And Around Thiruvananthapuram

The renowned Sri Padmanabha Swamy Temple attracts many devotees every day. At the Navarathri Mandapam, a musical festival is organized every year. This festival is dedicated to the Goddess of Learning, Saraswati.

Visit the Kuthira Malika which is an excellent example of traditional architecture. The Mahatma Gandhi Road of Trivandrum is lined up with beautiful mansions built in traditional style. This road juxtaposes two eras – the bygone and the present; the first being represented by those traditional mansions with red tile and timber and the second by the skyscrapers with cement and glass.

The Palayam Muslim, the old Ganapathy Temple and the Christian Cathedral with gothic towers are all situated side by side. The Kanakakkunnu Palace brings back to life the days of the Travancore King.

A visit to this palace will enchant you with its grand architecture. Spend your time at the Napier Museum and Sree Chithra Art Gallery. You will be amazed to see their collection of work.

Unwind at the banks of Karamana River and Akkulam Lake and enjoy the picturesque backdrop. When you are at Thiruvananthapuram, do not forget to spend a day at The Zoological Park as well as Neyyar Dam and Wildlife Sanctuary.

You feel be so happy to be in close proximity with nature that you will forget the material world you come from. Whether you are young or old, Happy Land Water Theme Park is another place you will love to go.

Shopaholics, Chalai Bazaar is the place for you. The golden beaches, the shoreline lined with palms, the mesmerising backwaters, the rich heritage, the historic monuments and the temples and shrines draw thousands of tourists from far and near places.

Agasthyarkoodam is the highest point of Thiruvananthapuram district towering at 1869 m above sea level. Ponmudi and Mukkunimala are the neighbouring hill-resorts which are worth visiting when you are at this Southern city.

Visit Parai Kovil that lies east of Thiruvananthapuram to view picturesque sunrise. During the monsoon season, the city is all decked up to celebrate Onam. Be it the spring harvest festival or the spirited snake boat race or the majestic elephant parade, the city looks beautiful than ever when all its denizens come together to celebrate with fervor.

Thiruvananthapuram appears to be a fairy land in the festive seasons. The performance of Mohiniyattom, Kathakali, Koodiyattom and other art forms of Kerala during this season impart an aura of fantasy.

Other Aspects Of Thiruvananthapuram

Like most places in Kerala, Thiruvananthapuram also experiences a pleasing climate throughout the year. It does not have distinct seasons.

How To Reach Thiruvananthapuram

The best time to visit Thiruvananthapuram is between September to February.

Thiruvananthapuram is Famous for

How to Reach Thiruvananthapuram