Alleppey – The Venice Of The East 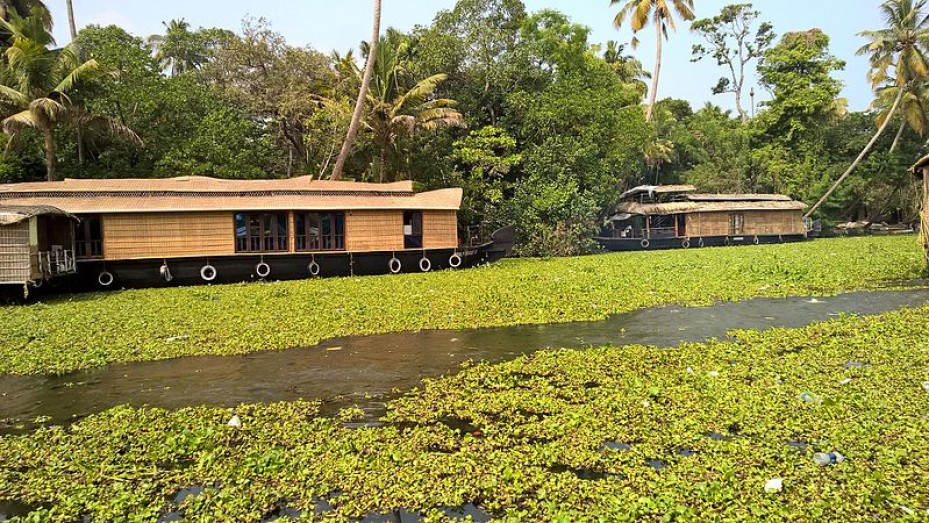 Alleppey, the land of lagoons, leisure and tranquility, is appropriately named the ‘Venice of the East’. Its enchanting backwaters and the lush carpet of green amidst the many crisscrossing canals curtained by palm trees, will excite the romanticist in you and soar your imagination to new dimensions of meanings.

Considered to be one of the first cities planned in Kerala, the city is astoundingly well laid out and has a corridor of waterways which will transport you, both literally and figuratively, through a journey you cannot forget.

A trip to Alleppey dictates that you take some time off exclusively for appreciating the backwaters and the scenic beauty surrounding it. Beaches, lakes and the much-acclaimed cruise in the houseboat await you!

Thanks to the given terrain, Alleppey plays host to the annual Nehru Trophy Boat Race which sees participation from a number of boat clubs across the region. It is said that the system of awarding the rolling trophy to the winning team was initiated by Jawaharlal Nehru in one of his trips to the city.

Entranced by his experience of a boat ride, he decided to recognize the effort and skill of the team that finished first.

Held on the second Saturday of August every year, this event electrifies the otherwise placid waters of Alleppey and envelops the city in its infectious spirit. This period might be good to visit Kerala, considering the heavy rains of June and July would have passed.

For A Wholesome Spiritual Experience – Tourist Places In And Around Alleppey

Setting foot in this part of the world is an invitation for the spirit of nature to touch you, in tangible and intangible forms. If you further feel a need to amplify your spiritual experience by visiting the house of God, Alleppey will not disappoint you.

Alleppey is one of the places that St. Thomas is said to have visited during his stint in South India for the propagation of Christianity. Also commendable is Kerala's effort to preserve what remains of the advent of Buddhism in the State.

The religion started spreading its influence in Kerala even during the time of Buddha. Not much remains of its glorious past, but a glimpse can be had in the statue of Buddha (Karumadi Kuttan) carefully maintained in the city of Alleppey.

For The Best Of Nature And Its Many Hues

One of the must-see places in Alleppey is Pathiramanal, a small strip of an island that will deliver more than the brochures claim it to be. Known for its diverse variety of migratory birds, Pathiramanal is home to a score of rare birds you may not sight again!

This leg of your trip will edify whatever your experience of Kerala so far has been. Entrenched in the Vembanad Lake, this island will provide an excellent vista into the best of Alleppey's landscape.

Enthralled as you might be, don't forget to visit the ‘rice bowl of Kerala’. To get a deeper feel of God's Own Country, make time to visit this countryside for its lush farms and expansive paddy fields, creating a picture perfect feel for your holiday.

The safest period to travel would be anywhere between November and February.

How To Reach Alleppey

To get to Alleppey, one has the option of taking a train or a bus or a flight. The city does not have an airport, the closest one being the Kochi airport. Direct trains and buses are available from many major cities of the country. National Highway NH 47 cuts across the city and provides access to a few cities in the state.

Of Legends, Stories And Myths

If you have a hunger for historic legends and beautiful stories woven in the times of kings and queens, you will find yourself drawn to the Pandavan Rock and the Krishnapuram Palace.

As the name suggests, the Pandavan Rock derives its name from the Pandavas. It is believed that during the time they were banished from their kingdom, the Pandavas sought refuge in this particular cave.

Legends are as true as legends go, but this place is nonetheless a recommended visit for those of us who believe in the magic of the Unknown. The Krishnapuram Palace is the earthly balance to the narrative of the epic, made home by the Anizham Thirunal Marthanda Varma of Travancore.

Built in the 18th century, the palace has been re-built and re-structured to accommodate the hanging times and the change in its patrons. It is currently overlooked by the Archeological Department of the State of Kerala.

Alleppey is Famous for

How to Reach Alleppey