Athirapally – The Charm Of Cascading Thrills 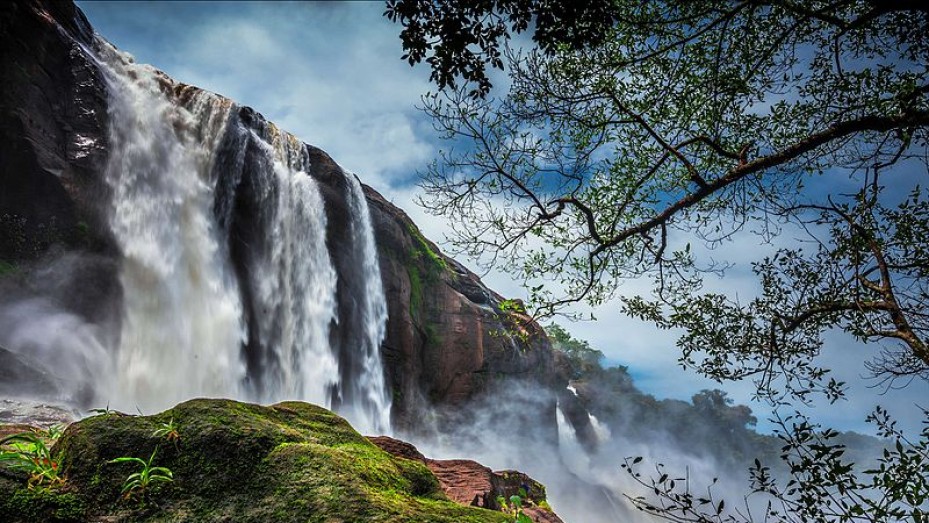 Athirapally is located in Mukundapuram Taluk, Thrissur district. It is situated 60 km away from Thrissur and 70 km away from Kochi. It is famous for its majestic waterfalls and enchanting rain forests. This place is rich in biodiversity. Environment Minister Jairam Ramesh had called this valley a Silent Valley. Athirappally also houses the Vazhachal and the Charpa waterfalls. The ecosystem of this place is considered to be one of its kind in the state of Kerala.

The area is near the Western Ghats, which are known for the intense green cover and vivid wildlife. These Ghats are famous for the forests that are known as the Athirapally Vazhachal area.

The forests are home to many endangered and rare species of animals and birds. The Wildlife Trust of India had called this green cover ‘a symbol of best elephant conservation efforts in India’. The International Bird Association pointed out that Athirapally is an important area owing to the various kinds of winged species found here, such as the endangered hornbill that is present in four varieties, in this place.

There is a diverse variety in the flora and fauna found here. As a result, the Asian Nature Conservation Foundation recommended the area to be declared as a national park or a sanctuary. The forest is divided into five main divisions: Athirapally, Vazhachal, Charpa, Kollathirumedu and Sholayar. For all the roadways and pathways that have been made, however, one should exercise great caution while treading on them. Many small streams and the main river Chalakuddy is up for view during the rainy season. Life is just busting around the region waiting to be discovered and experienced.

The forests here are also home to primitive tribals called Kodars who specialize in collecting natural honey, wax, sago and spices like cardamom and ginger. You can have a look at the Kodars’ way of life too. Hence, the village is considered to be a tourism hotspot in the God's Own Country Kerala, and is one of the extremely exotic places to visit, owing to so much diversity. The other attractions are the waterfalls, which are equally breath-taking and can make you go awestruck.

The Athirapally Waterfalls, Vazhachal Waterfall and Charpa Waterfall make this place a tourist destination. The best time to visit the waterfalls is regulated, and it is open for public view between 8 in the morning to 6 in the evening. You can go for trekking, picnic, shopping, river rafting and other leisure activities in these regions.

There are two amusement parks situated nearby. They are the Dreamworld and the Silverstorm. These two parks in Athirapally introduce a uniqueness of amusement with an energetic feel of elegance. Discover the richness of Athirapally, the concordance of nature, touched by the divine power, decked with the Western Ghats and rich biodiversity. Pack your backpacks now to visit this heaven on earth in the rainy season and during the winter season.

How To Reach Athirapally

Athirapally is connected by road, and you can reach here by travelling to its nearest railway station or airport.

Athirapally is Famous for

How to Reach Athirapally